Rest in Peace: Franz Wright, Whose Poetry I Came to Too Late for the Obvious and Wrong Unreasons 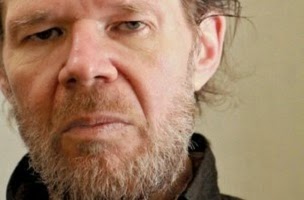 ENTRY IN AN UNKNOWN HAND

And still nothing happens. I am not arrested.
By some inexplicable oversight


nobody jeers when I walk down the street.


I have been allowed to go on living in this
room. I am not asked to explain my presence
anywhere.


What posthypnotic suggestions were made; and
are any left unexecuted?


Why am I so distressed at the thought of taking
certain jobs?


They are absolutely shameless at the bank——
You’d think my name meant nothing to them. Non-
chalantly they hand me the sum I’ve requested,


they think they are going to surprise me: I,
who do nothing but wait.


Once I answered the phone, and the caller hung up——
very clever.


They think that they can scare me.


I am always scared.


And how much courage it requires to get up in the
morning and dress yourself. Nobody congratulates
you!


At no point in the day may I fall to my knees and
refuse to go on, it’s not done.


dodging cars that jump the curb to crush my hip,


accompanied by abrupt bursts of black-and-white
laughter and applause,


past a million unlighted windows, peered out at
by the retired and their aged attack-dogs—


the one at the end of the counter,


the scalpel on the napkin.

*
(Six more poems below the fold)


Is there a single thing in nature
that can approach in mystery
the absolute uniqueness of any human face, first, then
its transformation from childhood to old age—


We are surrounded at every instant
by sights that ought to strike the sane
unbenumbed person tongue-tied, mute
with gratitude and terror. However,


there may be three sane people on earth
at any given time: and if
you got the chance to ask them how they do it,
they would not understand.


I think they might just stare at you
with the embarrassment of pity. Maybe smile
the way you do when children suddenly reveal a secret
preoccupation with their origins, careful not to cause them shame,


on the contrary, to evince the great congratulating pleasure
one feels in the presence of a superior talent and intelligence;
or simply as one smiles to greet a friend who’s waking up,
to prove no harm awaits him, you’ve dealt with and banished all harm.


Pure gaze, you are lightning beyond the last trees
and you are the last trees’
past, branching
green lightning
of terminal brain branches
numened densely with summer’s
hunter color, as night comes on,
the ocean they conceal
gone berserk, wind still rising.
Pure seeing, dual vortex doors
to the blue fire where
sex is burned away, and all
is as it was and I am being offered
in your eyes, as in cupped hands,
the water of to never thirst again.
Again I turn away,
and the future comes, all at once
towering around me
on every side, and I am lost.
Pure looking, past pain
(this is promised):
we must have wed on poverty’s most hair-raising day
delighting, flashing risk, risk
unfailingly lighting the way,
anything possible
in that dissolving of seam
between minds,
no more golden time—
each step I took
the right step, words
came to me finally and finding the place
you had set for them,
once again
wrote themselves down.
Till true word’s anvil ring, and
solid tap of winged blind cane come,
I wish you
all the aloneness you hunger for.
That big kitchen table where you sit laughing
with friends, I see it happening.
And I wish that I could not be
so much with you
when I’m suddenly not; that
inwardly you might switch
time, to sleep
and winter while you went about
your life, until you woke up
well,
our conversation resumed.
Ceaseless blue lightning, this
love passing through me:
I know somehow it will go on
reaching you, reaching you
instantly
when I’m not in the way;
when it is no longer deflected
by all the dark bents, all
I tried to overcome but I could not—
so much light pulled off course
as it passed within reach, so much
lost, lost in me,


BOARDINGHOUSE WITH NO VISIBLE ADDRESS


So, I thought,
as the door was unlocked
and the landlord disappeared (no,
he actually disappeared)
and I got to examine the room
unobserved. There
it stood
in its gray corner:
the narrow bed, sheets
the color of old aspirin.
Maybe all this had occurred
somewhere inside me
already, or
was just about to.
Is there a choice?
Is there
even a difference? Familiar,
familiar but not
yet remembered ...
The small narrow bed.
I had often wondered
where I would find it, and
what it would look like.
Don’t you?
It was so awful
I couldn’t speak. Then
maybe you ought to lie down for a minute, I heard myself
thinking. I mean
if  you are having that much trouble
functioning. And when
was the last time
with genuine sorrow
and longing to change
you got on your knees?
I could get some work done
here, I shrugged;
I had done it before.
I would work without cease.
Oh, I would stay awake
if only from horror
at the thought of waking
up here. Ma,
a voice spoke from the darkness
in the back seat where
a long thin man lay,
arms crossed
on his chest,
while they cruised slowly up and down
straining to make out the numbers
over unlighted doors,
the midnight doctor’s;
in his hurt mind
he was already merging
with a black Mississippi
of mercy, the sweat pouring off him
as though he’d been doused
with a bucket of ice water
as he lay sleeping. “I saw the light,”
they kept screaming. “Do
I saw the light!”
Ma — there ain’t no light
I don’t see no light.


You are riding the bus again
burrowing into the blackness of Interstate 80,
the sole passenger


with an overhead light on.
And I am with you.
I’m the interminable fields you can’t see,


and the others all
around you, and the loneliness you love,
and the universe that loves you specifically, maybe,


and the catastrophic dawn,
the nicotine crawling on your skin—
and when you begin


to cough I won’t cover my face,
and if you vomit this time I will hold you:
everything’s going to be fine


I will whisper.
It won’t always be like this.


I am going to buy you a sandwich.

Think of   a sheep
knitting a sweater;
think of   your life
getting better and better.


Think of   your cat
asleep in a tree;
think of   that spot
where you once skinned your knee.


Think of   a bird
that stands in your palm.
Try to remember
the Twenty-first Psalm.


Think of   a big pink horse
galloping south;
think of   a fly, and
close your mouth.


If   you feel thirsty, then
drink from your cup.
The birds will keep singing
until they wake up.


To tell you the truth I’d have thought it had gone out of use long ago;
there is something so 19th-century about it,


with its absurd reverse Puritanism.
\

Can withdrawal from reality or interpersonal commitment be gauged
by uneasiness at being summoned to a small closed room to discuss
ambiguously sexual material with a total stranger?


Alone in the presence of the grave examiner, it soon becomes clear
that, short of strangling yourself, you are going to have to find a way
of suppressing the snickers of an eight-year-old sex fiend, and feign cu-
riosity about the process to mask your indignation at being placed in
this situation.


Sure, you see lots of pretty butterflies with the faces of ancient Egypt-
ian queens, and so forth—you see other things, too.


Flying stingray vaginas all over the place, along with a few of their
male counterparts transparently camouflaged as who knows what pil-
lars and swords out of the old brain’s unconscious.


You keep finding yourself thinking, “God damn it, don’t tell me that
isn’t a pussy!”


But after long silence come out with, “Oh, this must be Christ trying
to prevent a large crowd from stoning a woman to death.”


The thing to do is keep a straight face, which is hard. After all, you’re
supposed to be crazy


(and are probably proving it).


Maybe a nudge and a chuckle or two wouldn’t hurt your case. Yes,


it’s some little card game you’ve gotten yourself into this time, when
your only chance is to lose. Fold,


and they have got you by the balls—


just like the ones you neglected to identify.
Posted by BDR at 9:45 AM