What Hid in the Grass Was Neither Skiver nor Savior, Neither Cheater nor Ace

Though I've no interest in helmetball the sport I am fascinated by helmetball the social phenomenon. The Washington Nationals, Washington Capitals, and Washington Bullets could all complete undefeated regular seasons and sweep undefeated through playoffs to win championships and combined would not generate half the public tingling a three win Racist Slurs season generates. I tuned-in for this morning drive to work to sports talk radio, ESPN's Mike & Mike, certain it would be wall-to-wall Brady's Deflated Balls, and was right. IS TOM BRADY'S LEGACY TARNISHED BY HIS DEFLATED BALLS? Everyone, hosts, guests, listeners, agreed that everyone cheats. Why don't you tell me about your drugs. Patshaters scream ABANDON THIS CHAMPIONSHIP! BAN BRADY A SEASON! Patslovers scream EVERYBODY CHEATS WHY ARE THE PATRIOTS PERSECUTED - PERSECUTED! - WHILE OTHER CHEATERS GO FREE? The fate of the universe - or at least a disturbingly large number of humans' individual universes - hinges on whether TOM BRADY'S LEGACY IS TARNISHED BY HIS DEFLATED BALLS. Silly? No sillier than in any other universe where fine metaphors abound. 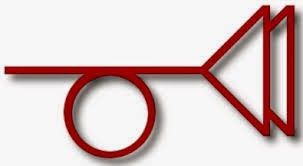 I did not call to the Holy Spirit or whistle My lordy, lordy,
Nor hum one scintilla of shame. What hid in the grass
Was neither skiver nor savior, neither cheater nor ace.
Besides, the doves peering over the gutters have all gone awry.
If I’m only a man, born far from a boomer’s shack—
Hoarding sawbucks, cherry-picking the hicks like prey,
And the wusses, and the Horacian declaimers, and the lucky
Grubbers who master heartache and lurk like crooks
Among the rich and the rebadged—then I’m a rival devil,
Carrying my brag like a brakeman. And the one certainty,
That life is to be lost—and no matter the opinion, someone’s
Always a fool—has me rubbed inside like a lonely breed
With the swill edgy and chic and rough. Who asks:
Who needs a cotton-eyed hymn to say what the old shanty


By the track has meant to the human story? Or:
What’s Heaven for? The reach and grasp, the pecked-at days,
The horsey blues that lilac after hours,
The rocks I’ve carried in my coat pocket—
None of it has me shuddering on my knees.
Nevertheless, I marvel at the pigs and the ducks, at dogs and kings,
And revive this peck of flame, this tongue of lack, too easily.