I Can Sudoku Syllables with the Scruples of a Butcher 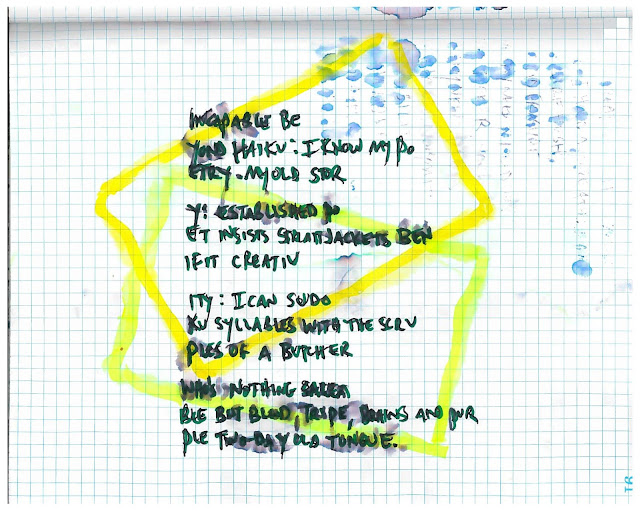 It used to be accidental, then done half-aware, now deliberately, my favorite posts on Blegsylvania's slowest day of the week. See above poem.

Email ThisBlogThis!Share to TwitterShare to FacebookShare to Pinterest
Labels: About That Ceasing Seething, Autoblogography, Brazen Blogwhoring and Attention Sluttery, Breaking Kayfabe, Fuck It, Fuck Me, Fuck This, Mememe, MSADI5G, Music, My Complicity, My Inability to Shut the Fuck Up