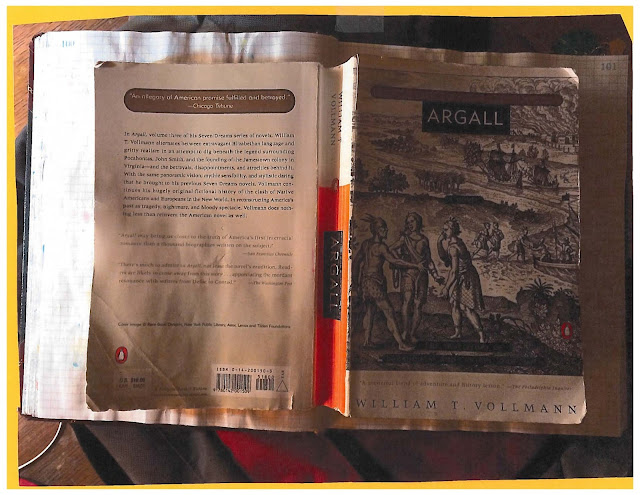 Fifty pages left in my rereading of William T Vollmann's *Argall,* and I'm more thrillingly aghast than the first time what a heart-chillingly funny portrait of an amoral asshole is Vollmann's Argall. He is not an oligarch; he is the ruthlessly efficient oligarchs' provost whose intelligence and ironically held amorality scare the fuck out of the oligarchs almost more than the oligarchs' subjects the provost is sicced upon. The novel is motherfucking relevant this very motherfucking second, yo, and is motherfucking brilliant - as is most Vollmann, and all of the Seven Dreams so far - on power. Let me (if I like you and you ask nice and you promise to try - there is no obligation to finish, but there is an obligation to start) buy you one, fellow motherfucker. 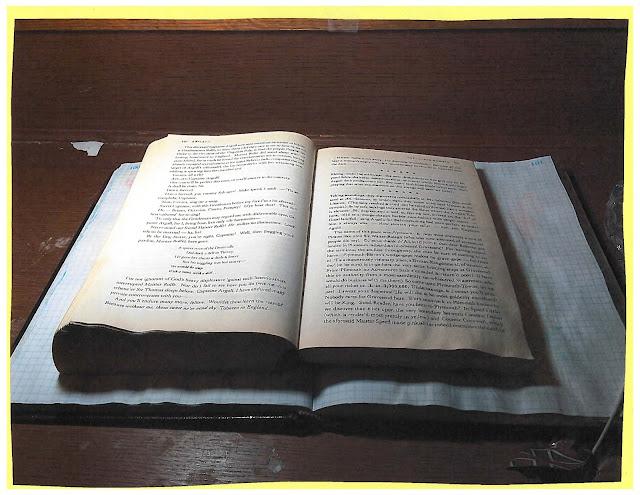 No tone of voice being sufficient to the occasion
Flash that’s all, that we’re here. Are you ever
sarcastic and unlikeable       Mentally we are the
cast of one epic thought: You. How many
of you sweep through me, as I ride the métro
leading you, because I have to and not be poignant
oh who’s written anything poignant since ...


An old woman of indeterminate race, in white hat
and scarf, no teeth staring back at me.
He sounded brittle and superior last night, do the
dead do that; Grandma had a plethora of tones of voice
compared to anyone in this anthology. Our


anthology, he says, being mental is complex
as hell. How do you keep track of your poems? Any-
one remembers what they like, but you have constantly
to emit them ... Everyone’s at me, Drown it
out, thinking of an icon emerald-throated.


I see the alley house at night dark I’m trying
to be pure again, but I want all the tones.
When you’re dead you can have them ...  thick
marine dark from the fencelike oleanders and a moon
calling to white boards. Enter. Lie down in
your own bed, in the room where Momma found a scorpion.

Email ThisBlogThis!Share to TwitterShare to FacebookShare to Pinterest
Labels: About That Ceasing Seething, Books, Brazen Blogwhoring and Attention Sluttery, Fuck It, Fuck Me, Fuck This, Music, My Complicity, My Inability to Shut the Fuck Up, Poem, Vollmann