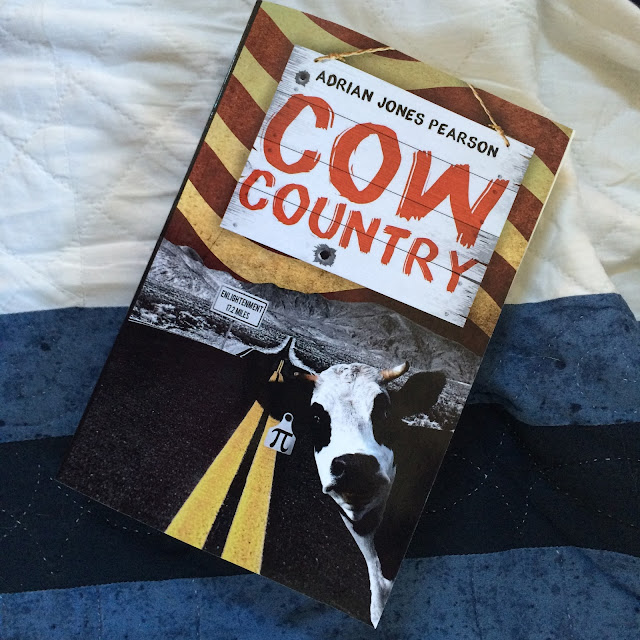 More on the rumor the above is a new Pynchon:

Unfortunately for lovers of conspiracy theories, and for readers who might leap at a new Pynchon novel, Mr. Winslow’s bombshell may not be much of a revelation. Mr. Pynchon’s publisher, Penguin Press, and his literary agent, Melanie Jackson, who is also his wife, swiftly shot down the suggestion that he was behind the book. “He did not write ‘Cow Country,’ ” Ms. Jackson wrote in an email message. The literary critic Steven Moore, who wrote a blurb for “Cow Country” after the author sent him a copy, was likewise unequivocal regarding Mr. Winslow’s claims. “He’s wrong — it’s not Pynchon,” Mr. Moore said, adding that he knows the identity of the author, who wishes to remain anonymous. Mr. Moore said the author contacted him about a year and a half ago. The author thanked Mr. Moore for mentioning one of his earlier books, which he published under a different name, in Mr. Moore’s study “The Novel: An Alternative History.” He later sent Mr. Moore the manuscript for “Cow Country.” Mr. Moore liked it and provided a blurb. Mr. Moore said the author had tried and failed to find a literary agent and was unable to place the book with a traditional publisher. He eventually published it through the mysterious Cow Eye Press.


My complicity: my wife has an evil Amazon Plus account, I asked her to order the book for me Thursday, it got here yesterday. I read the first ten pages - I'm 2/3rds through Flann O'Brian's Third Policeman, it's working, I posted the sub-tag in header as anti-jinx - and Cow Country might be good but it's certainly not Tom.

My complicity: saw ten minutes ago a retweet that Bernie Sanders is on Meet the Press this morning, Earthgirl has a show hanging outside the Meet the Press studio, I tweeted Sanders: 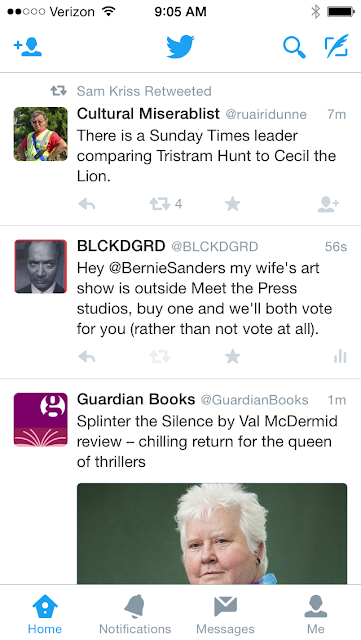 
Quick on my feet in those Novembers of my loneliness,
I tossed a short pass,
Almost the instant I got the ball, right over the head
Of Barrel Terry before he knocked me cold.


When I woke, I found myself crying out
Latin conjugations, and the new snow falling
At the edge of a green field.


Lemoyne Crone had caught the pass, while I lay
Unconscious and raging
Alone with the fire ghost of Catullus, the contemptuous graces tossing
Garlands and hendecasyllabics over the head
Of Cornelius Nepos the mastodon,
The huge volume.


At the edges of Southeast Asia this afternoon
The quarterbacks and the lines are beginning to fall,
A spring snow,


And terrified young men
Quick on their feet
Lob one another’s skulls across
Wings of strange birds that are burning
Themselves alive.

Email ThisBlogThis!Share to TwitterShare to FacebookShare to Pinterest
Labels: Books, Brazen Blogwhoring and Attention Sluttery, Dead Blegsylvania, Fuck It, Fuck Me, Fuck This, Futility, MSADI5G, Music, My Complicity, My Inability to Shut the Fuck Up, Pynchon