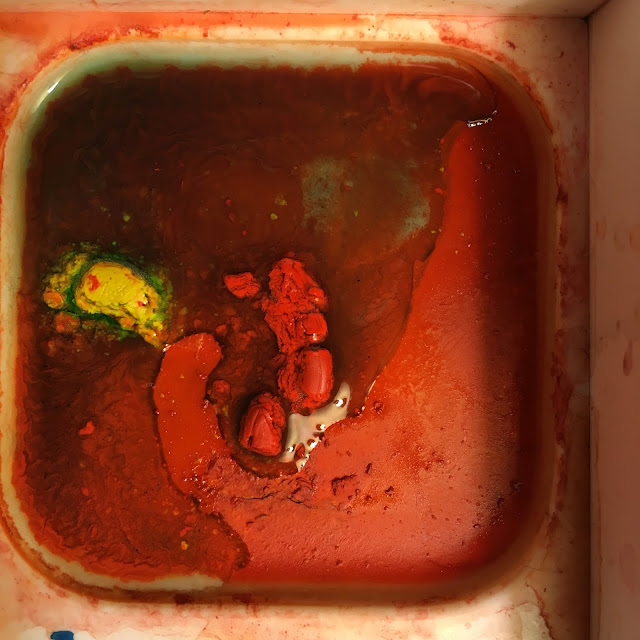 I needed more yellow watercolor - I use yellow more than any other color since besides yellow I need orange too - but rather than spend $20 on a tube of good quality I bought a cheap spectrum for $10. Fuckers will not wash, actually block the water permeating the paper. Does play nice in palette chambers.

England, Holland, France, and other countries owe him a statue.

A goodly part of the power of the powerful comes from the gold and silver he stole, from the cities he burned, from the galleons he pillaged, and from the slaves he rounded up.

Some fine sculptor ought to carve an effigy of the armed functionary of nascent capitalism: knife between the teeth, patch on one eye, peg leg, hood for a hand, parrot on shoulder.


If you want a copy let me know, I'll buy you one. Also too: vulture capitalism. Also too: Rocket from the Tombs interview. Reminder: week from tonight, Rock n Roll Hotel, H St. I'll buy your ticket.

Email ThisBlogThis!Share to TwitterShare to FacebookShare to Pinterest
Labels: Aargocalyptic, About That Ceasing Seething, Brazen Blogwhoring and Attention Sluttery, Breaking Kayfabe, Fuck Me, Fuck This, MSADI5G, Music, My Complicity, My Inability to Shut the Fuck Up, Pere Ubu