In the House of the Host a White Cat Stalks 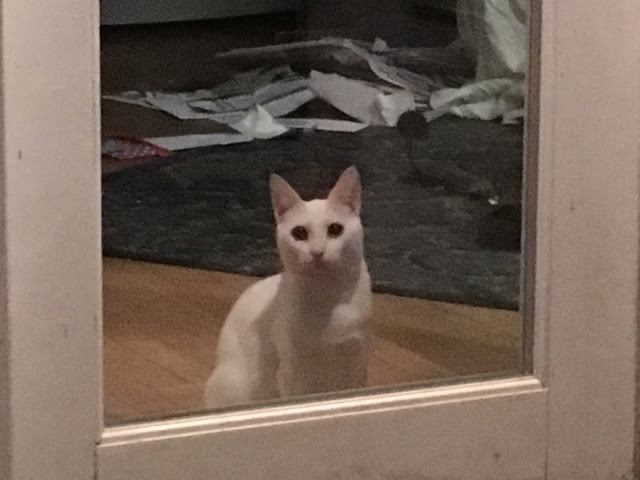 I am the catalyst: how stupid to seek invisibility and then get angry when invisibility is imposed from above.

No, I did not walk the hundred yards from the door Olive is looking through to my polling place this morning to vote.