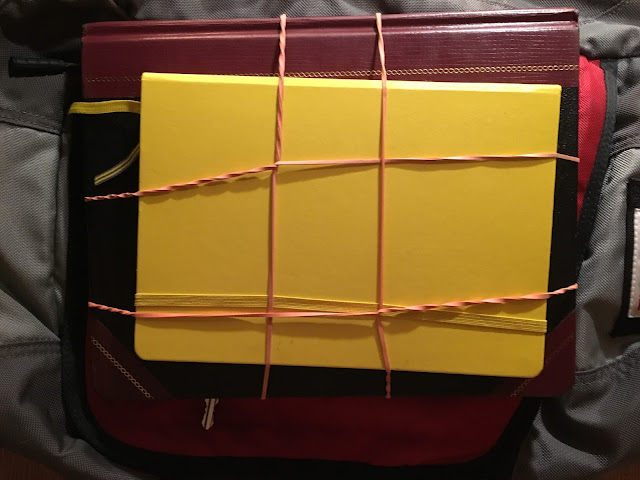 So I wrote (more, and in prose) about this last Dark nadir, but it's safely bound, you're spared, today.

Trump's gonna win, I said to my Hillaryite Colleague, the enthusiastic Hillaryite Colleague (as opposed to my once-enthusiastic now depressed and apostasy-riddled Hillaryite Colleague). You're blinded, she said, by the depth or your personal contempt for her, the Clintons, the Democrats. Sure, I agreed, she's gonna lose to Trump. She said, you're just baiting me. Sure, I agreed, she's gonna lost to Trump. Fuck you, she said, she's the most qualified, he's.... The perfect candidate, I said after her sentence went dead for five seconds, to exploit everything that Hillary Clinton represents. He'll kayfabe her to death. He understands she only knows how to play the less-shitty. The shittier he gets the shittier she gets, but when he gets shittier it's because of who he is, when she gets shittier it looks calculated but emphasizes how truly shittier she is because she's obviously a more shitty person playing like she's less shitty. She's shitty cubed. She's the avatar of how shitty everyone thinks everything is and everyone responsible for that shittiness. You have no idea what you're talking about, she said. Sure, I agreed, she's gonna lose to Trump.

Stanley Elkin, one of my Deserted Island Five even though I don't play Deserted Island Five with novelists and poets. Here, the traditional Elkin birthday post. These are the two excerpts I always use for his birthday, the first capturing one of Elkins's great themes, the second simply the most beautiful, heartbreaking paragraph, as stand alone but especially within the context of the novel, I've ever read:


And it was wondrous in the negligible humidity how they gawked across the perfect air, how, stunned by the helices and all the parabolas of grace, they gasped, they sighed, these short-timers who even at their age could not buy insurance at any price, not even if the premiums were paid in the rare rich elements, in pearls clustered as grapes, in buckets of bullion, in trellises of diamonds, how, glad to be alive, they stared at each other and caught their breath.