Where Birdcatchers Yodel and Bobwhites Cheep 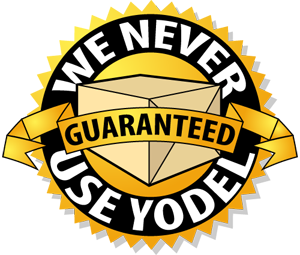 Dan Bodeh tweeted out that logo to promo his yodel show on WFMU Monday evenings from 7-8 EDT. I'm listening to it live as I type this sentence. I posted the logo because yodel. It has replaced Tom Tomato as avatar for Moribund - as both taunt to those in blurgatory and accusation against me - and looks fabulous on the blegrell.

A new and unexpected (in years of friendly work-contact we'd never once yapped politics) Hillaryite Colleague asked me, when we crossed paths in Red Square yesterday, what the fuck is wrong with Bernie supporters. I said, in my best fake neutral tone while processing who was asking me what? and judging what level of gah to engage, I'm not a Bernie supporter. Of course you're not, HC said, you know Hillary is the best and only choice for president. I did the cowardly wristwatch I gotta run eye-to-wrist glance, then SHAZAM! one of my Hillaryite Colleagues appeared! I introduced them, I work here, I work there, shoptalk, shoptalk, isn't the provost a >> deleted content <<. We all agreed. New HC said, so, Trump, huh? Old HC said, Jeff keeps saying Trump is going to win. To be more accurate, I said, Trump is fortunate to be running against the one person in the universe that could lose to him, not that he is going to win. New HC said, Hillary's the most qualified candidate for president in my lifetime. Trump Trump Trump she yodeled for another forty-five seconds. Old HC said to new HC, clearly this is the first time you've had this conversation with Jeff. New HC screamed, as in the two dozen or so people in Red Square all turned to stare, including, I shit you not, the provost who's a >>deleted content<<, YOU'RE NOT VOTING FOR TRUMP, ARE YOU? I did not yodel back.

The big run of big birthdays is soon, Kate Bush and William Gass and John Ashbery and Herman Melville and Jerry Garcia, the first days I'll be in Maine, a blessing as the current plan is not yodeling in Maine, though two weeks - two days - without a KABOOM! seems not only improbable but impossible. Photos of hikes and disc golf holes, yes, music, yes, books and poems I'm reading, yes, links to music and books and poetry, and even links to the clusterfuck, yes, but no yodeling. Until I yodel.

Email ThisBlogThis!Share to TwitterShare to FacebookShare to Pinterest
Labels: About That Ceasing Seething, Ashbery, Brazen Blogwhoring and Attention Sluttery, Dead Blegsylvania, Fuck Me, Kate Bush, MSADI5G, Music, My Complicity, My Inability to Shut the Fuck Up