You Know What I Think? I Think If We're Lost, You Should Know Exactly Where, by Now; I've Watched You Stare Long and Hard Enough at the Map Already.... 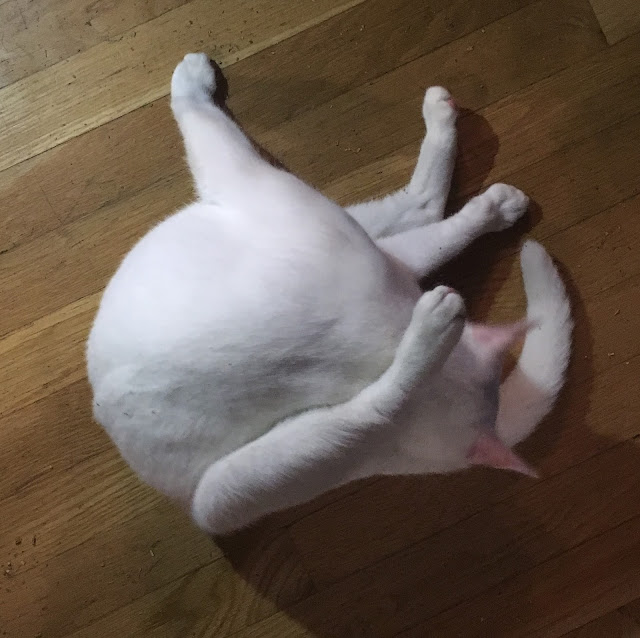 THE WAY ONE ANIMAL TRUSTS ANOTHER

Somewhere between what it feels like, to be at
one with the sea, and to understand the sea as
mere context for the boat whose engine refuses
finally to turn over: yeah, I know the place—
stumbled into it myself, once; twice, almost.  All
around and in between the two trees that
grow there, tree of compassion and—much taller—
tree of pity, its bark more bronze, the snow
settled as if an openness of any kind meant, as well,
a woundedness that, by filling it, the snow
might heal…You know what I think? I think if we’re
lost, you should know exactly where, by now; I’ve
watched you stare long and hard enough at the map
already…I’m beginning to think I may never
not be undecided, about all sorts of things: whether
snow really does resemble the broken laughter
of the long-abandoned when what left comes back
big-time; whether gratitude’s just a haunted
space like any other.  This place sounds daily
more like a theater of war, each time I listen to it—
loss, surprise, victory, being only three of the countless
fates, if you want to call them that, that we don’t
so much live with, it seems, as live for now among.  If as
close as we’re ever likely to get, you and I, is this—this close—

Email ThisBlogThis!Share to TwitterShare to FacebookShare to Pinterest
Labels: Aargocalyptic, Brazen Blogwhoring and Attention Sluttery, Dark, Dead Blegsylvania, Death, Fuck Me, MSADI5G, Music, My Complicity, My Inability to Shut the Fuck Up