Except in the Wake, the Wake of 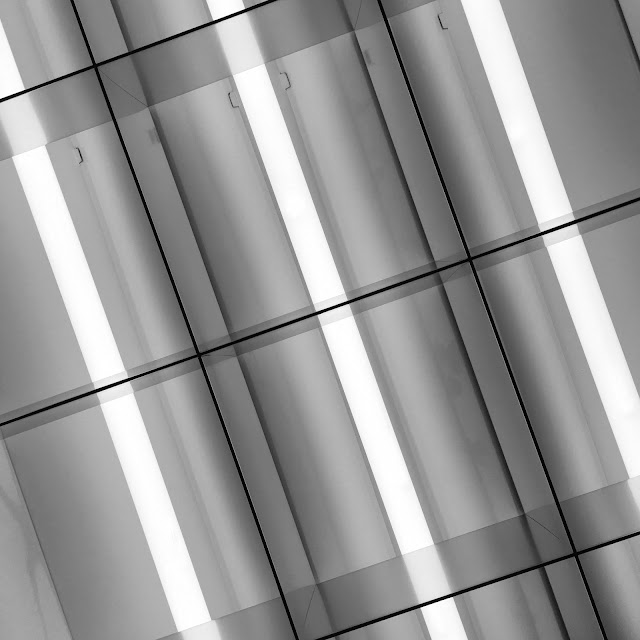 That dull headache I'd for years evaporated on vacation, is back again. The overhead florescent lights above the cubes - stretched over feet so no one cube has it's own florescent light to use or turn off so all lights always stay on - such shitty light, worthy of the ignored facilities tickets we put it when one burns out. Two of my colleagues bought and brought in glow lights; supposedly they counteract the overhead lights (and colleagues and bosses and stress at home). Neither bothers turning them on anymore. I miss waking up at 4:55 to watch, stretching, the sunrise over Bernard Mountain and Seal Pond, the loons tooting, getting up to make coffee once sun crested Bernard and the red left the clouds. Bookkeeper gave me a genuine smile at first hello but an hour later heard me talking and my colleagues laughing so now she hates me again. Give me a million dollars, help me quit this fucking job.

ON THE MORN OF

The body would shut its eyes like blinds
letting the nearly even lines of light
steal away from its sheets,
straight gold hair astreaming there;
it would close like a glass door, an ear, arms

To be folded without crossing:
it would seal its lips on the forest
and let the teeth impress themselves in the skin
of its fruit, feast upon the marl
of the other body like a wilderness. To wit:

Its whistling world would not be harmed.

Let the record show the body
has never made such plaintive claims before
except in the wake, the wake of.

Email ThisBlogThis!Share to TwitterShare to FacebookShare to Pinterest
Labels: Another Attempt to Shut the Fuck Up, Brazen Blogwhoring and Attention Sluttery, CD Wright, Fuck It, Fuck Me, Fuck This, Fuck Work, MSADI5G, Music, My Complicity, My Inability to Shut the Fuck Up, Robert Ashley