We Shall Very Soon Have the Pleasure of Recording a Period of Unanimous Tergiversation in This Respect and to Make That Pleasure the Greater, It Is Worth While at the Risk of Tedious Iteration, to Put First Upon Record a Final Protest 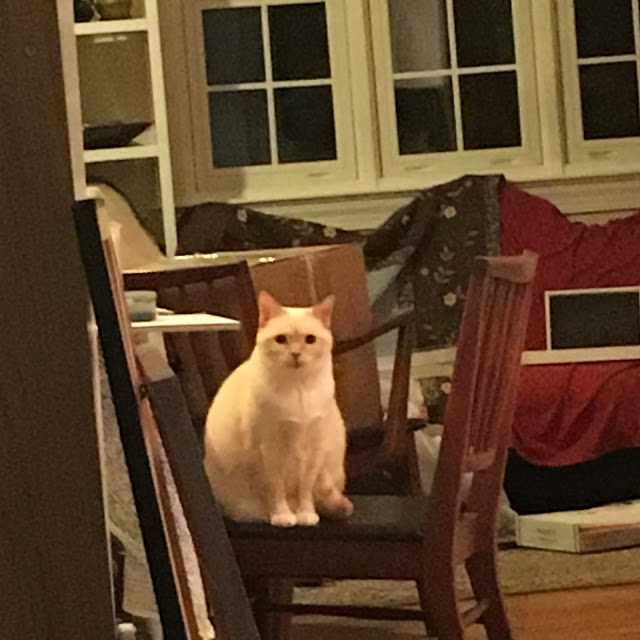 
From one paragraph of Jack Cox's Dodge Rose, one of two novels I'm currently reading (de la Pava's A Naked Singularity the other). I'd guessed the first and third, never heard of the second and fourth, can't believe I never heard of the fourth. Dodge Rose whispers, Naked Singularity screams, I'm alternating days. Working so far. Now that I've just jinxed myself. Fuck me.

But yes, this to get to the Ashbery poem I thought of when I saw the word tergiversation in a novel. Oh, and the Taylor Deupree & Marcus Fischer which I bought as my birthday present (it's sometime this month) last night (not yesterday, not today). Also too, get the self-portrait (one person said s/he saw me) off the top. 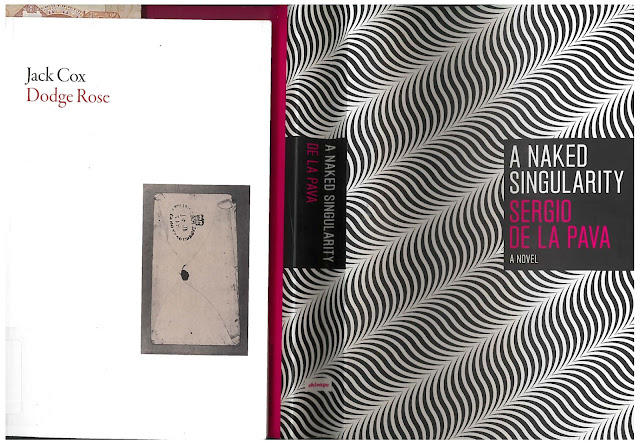 Impatient as we were for all of them to join us,
The land had not yet risen into view: gulls had swept the gray steel towers away
So that it profited less to go searching, away over the humming earth
Than to stay in immediate relation to these other things—boxes, store parts, whatever you wanted to call them—
Whose installedness was the price of further revolutions, so you knew this combat was the last.
And still the relationship waxed, billowed like scenery on the breeze.

They are the same aren’t they,
The presumed landscape and the dream of home
Because the people are all homesick today or desperately sleeping,
Trying to remember how those rectangular shapes
Became so extraneous and so near
To create a foreground of quiet knowledge
In which youth had grown old, chanting and singing wise hymns that
Will sign for old age
And so lift up the past to be persuaded, and be put down again.

The warning is nothing more than an aspirate “h”;
The problem is sketched completely, like fireworks mounted on poles:
Complexion of evening, the accurate voices of the others.
During Coca-Cola lessons it becomes patent
Of noise on the left, and we had so skipped a stage that
The great wave of the past, compounded in derision,
Submerged idea and non-dreamer alike
In falsetto starlight like “purity”
Of design that had been the first danger sign
To wash the sticky, icky stuff down the drain—pfui!

How does it feel to be outside and inside at the same time,
The delicious feeling of the air contradicting and secretly abetting
The interior warmth? But the land curdles the dismay in which it’s written
Bearing to a final point of folly and doom
The wisdom of these generations.
Look at what you’ve done to the landscape—
The ice cube, the olive—
There is a perfect tri-city mesh of things
Extending all the way along the river on both sides
With the end left for thoughts on construction
That are always turning to alps and thresholds
Above the tide of others, feeding a European moss rose without glory.

We shall very soon have the pleasure of recording
A period of unanimous tergiversation in this respect
And to make that pleasure the greater, it is worth while
At the risk of tedious iteration, to put first upon record a final protest:
Rather decaying art, genius, inspiration to hold to
An impossible “calque” of reality, than
“The new school of the trivial, rising up on the field of battle,
Something of sludge and leaf-mold,” and life
Goes trickling out through the holes, like water through a sieve,
All in one direction.

You who were directionless, and thought it would solve everything if you found one,
What do you make of this? Just because a thing is immortal
Is that any reason to worship it? Death, after all, is immortal.
But you have gone into your houses and shut the doors, meaning
There can be no further discussion.
And the river pursues its lonely course
With the sky and the trees cast up from the landscape
For green brings unhappiness—le vert Porte malheur.
“The chartreuse mountain on the absinthe plain
Makes the strong man’s tears tumble down like rain.”

All this came to pass eons ago.
Your program worked out perfectly. You even avoided
The monotony of perfection by leaving in certain flaws:
A backward way of becoming, a forced handshake,
An absent-minded smile, though in fact nothing was left to chance.
Each detail was startlingly clear, as though seen through a magnifying glass,
Or would have been to an ideal observer, namely yourself—
For only you could watch yourself so patiently from afar
The way God watches a sinner on the path to redemption,
Sometimes disappearing into valleys, but always on the way,
For it all builds up into something, meaningless or meaningful
As architecture, because planned and then abandoned when completed,
To live afterwards, in sunlight and shadow, a certain amount of years.
Who cares about what was there before? There is no going back,
For standing still means death, and life is moving on,
Moving on towards death. But sometimes standing still is also life.

Email ThisBlogThis!Share to TwitterShare to FacebookShare to Pinterest
Labels: Ashbery, Ask Fleabus, Books, Brazen Blogwhoring and Attention Sluttery, Dead Blegsylvania, Dostoyevsky, Fuck Me, Music, My Complicity, My Inability to Shut the Fuck Up