Did They Wipe the Blood from Their Mousetraps? 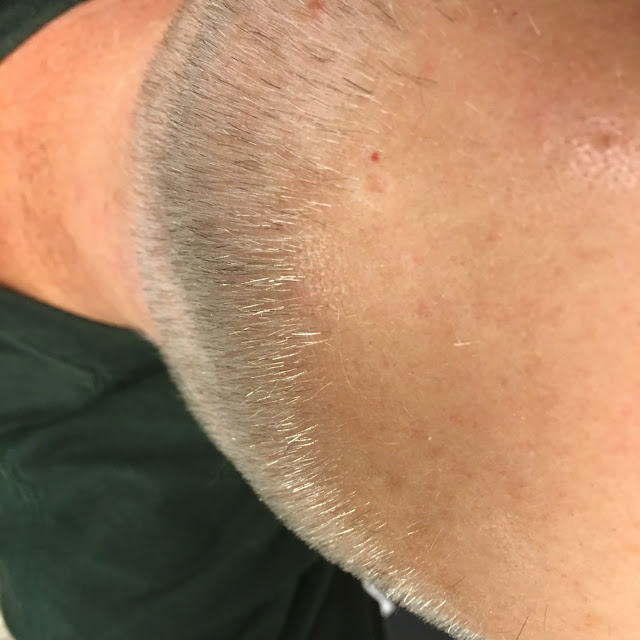 Just gave myself a haircut.

Good news: nothing I did screwed up the blogrolls. It was driving me nuts, I went to the ironically name Blooger Help Forum and discovered many other bloogers are experiencing the same blogroll breakages.

Bad news: Blooger did it. Only Blooger bloogs now update (along with a few others, including Typepad, and sources that are not technically bloogs) but most other blooging platforms, primarily WordPress, have their RSS feeds severed. I assume Blooger did this on purpose with petty dictatorial intent, but I see cynicism in most actions and fine metaphors abounding in all things. Perhaps it's an honest glitch that will be fixed. Perhaps it's an honest glitch that won't.


CONCERNING MY NEIGHBORS, THE HITTITES

Great are the Hittites.
Their ears have mice and mice have holes.
Their dogs bury themselves and leave the bones
To guard the house. A single weed holds all their storms
Until the spiderwebs spread over the heavens.
There are bits of straw in their lakes and rivers
Looking for drowned men. When a camel won’t pass
Through the eye of one of their needles,
They tie a house to its tail. Great are the Hittites.
Their fathers are in cradles, their newborn make war.
To them lead floats, a leaf sinks. Their god is the size
Of a mustard seed so that he can be quickly eaten.

They also piss against the wind,
Pour water in a leaky bucket.
Strike two tears to make fire,
And have tongues with bones in them,
Bones of a wolf gnawed by lambs.

It’s that hum in your left ear,
A sigh coming from deep within you,
A dream in which you keep falling forever,
The hour in which you sit up in bed
As though someone has shouted your name.

No one knows why the Hittites exist,
Still, when two are whispering
One of them is listening.

Did they catch the falling knife?
They caught it like a fly with closed mouths.
Did they balance the last egg?
They struck the egg with a bone so it won’t howl.
Did they wait for dead man’s shoes?
The shoes went in at one ear and out the other.
Did they wipe the blood from their mousetraps?
They burnt the blood to warm themselves.
Are they cold with no pockets in their shrouds?
If the sky falls, they shall have clouds for supper.

What do they have for us
To put in our pipes and smoke?
They have the braid of a beautiful girl
That drew a team of cattle
And the engraving of him who slept
With dogs and rose with fleas
Searching for its trace in the sky.

And so there are fewer and fewer of them now.
Who wrote their name on paper
And burnt the paper? Who put snake bones
In their pillows? Who threw nail parings
In their soup? Who made them walk
Under the ladder? Who stuck pins
In their snapshots?

The wart of warts and his brother evil eye.
Bone-lazy and her sister rabbit’s-foot.
Cross-your-fingers and their father dog star.
Knock-on-wood and his mother hellfire.

Because the tail can’t wag the cow.
Because the woods can’t fly to the dove.
Because the stones haven’t said their last word.
Because dunghills rise and empires fall.

They are leaving behind
All the silver spoons
Found inside their throats at birth,
A hand they bit because it fed them,

Two rats from a ship that is still sinking,
A collection of various split hairs,
The leaf they turned over too late.

All that salt cast over the shoulder,
All that bloody meat traveling under the saddles of nomads ...

Here comes a forest in wolf’s clothing,
The wise hen bows to the umbrella.

That bare branch over them speaks louder than words.
The moon is worn threadbare.

I repeat: lean days don’t come singly,
It takes all kinds to make the sun rise.

The night is each man’s castle.
Don’t let the castle out of the bag.

Wind in the valley, wind in the high hills,
Practice will make this body fit this bed.

May all roads lead
Out of a sow’s ear
To what’s worth
Two in the bush.

Email ThisBlogThis!Share to TwitterShare to FacebookShare to Pinterest
Labels: About That Ceasing Seething, Brazen Blogwhoring and Attention Sluttery, Dead Blegsylvania, Fuck Me, Fugazi, Futile Weekend Blogging, MSADI5G, Music, My Complicity, My Inability to Shut the Fuck Up