Not Waving but Drowning 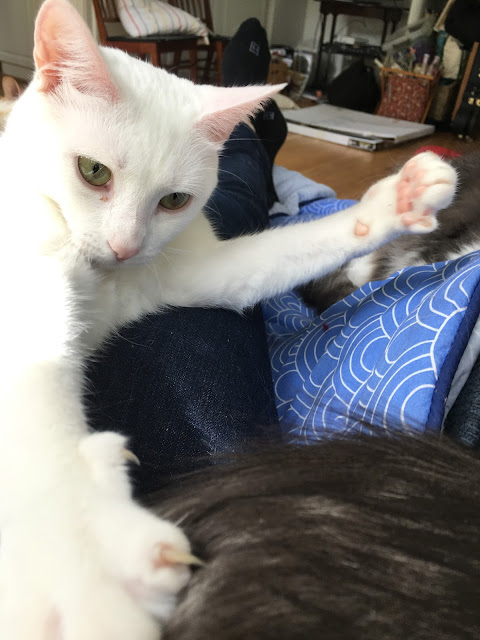 So I am not cured: the blogroll thing is driving me crazy. The primary reason I moved back to Blooger almost six years ago was the time-stamping self-updating blogrolls: I do read you if you've written something recently, and since I've the illusion people click the links in the mostly daily collection of links I create it makes the aggregating easier to see fresh reads. I've no idea what caused it though the blogs stopped updating when the Theme Song gadget died. I took a couple sites that always updated but now don't off the blogroll and then added them fresh but the update is still dead. I know all these people didn't simultaneously disable their RSS feeds. I've removed the broken Theme Song widget but that hasn't fixed anything. Anyone else's blooger blogrolls experiencing this? Tonight I'll create a new blogroll and test the now not-updating there to see if they update there. If yes all the blogrolls will need be redone. If you are Kinding me but me not you this is a good time to tell me. I don't think that will fix things, creating new blogrolls, this is a coding thing, something beyond my knowledge to fix. I can't find anything on google re: fixing broken blogrolls on blooger. Fuck my free search app and free blogging platform! I should be interpreting this as a fine metaphor abounding and sign. A friend just bleggicided. I don't daydream of that much any more, maybe I should.

UPDATE! Hmmm. Blooger blogs updating, Wordpress and others not. Thinking....

NOT WAVING BUT DROWNING


Nobody heard him, the dead man,
But still he lay moaning:
I was much further out than you thought
And not waving but drowning.

Poor chap, he always loved larking
And now he’s dead
It must have been too cold for him his heart gave way,
They said.

Oh, no no no, it was too cold always
(Still the dead one lay moaning)
I was much too far out all my life
And not waving but drowning.

Email ThisBlogThis!Share to TwitterShare to FacebookShare to Pinterest
Labels: About That Ceasing Seething, Brazen Blogwhoring and Attention Sluttery, Dead Blegsylvania, Fuck Me, Fucking Blooger, Music, My Complicity, My Inability to Shut the Fuck Up, Olive