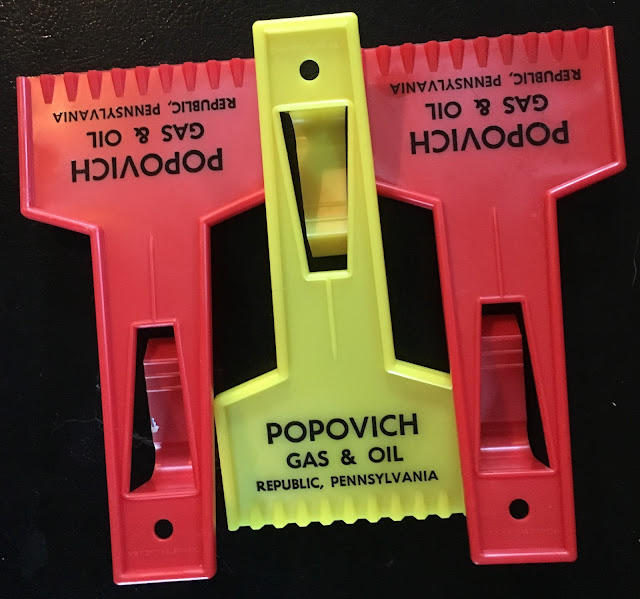 SeatSix brought us these from the family home in Republic soon to be sold in the aftermath of my uncle's death. Steve's gas station was long ago sold - it's now a Marathon.

Today is Shostakovich's birthday - I am failing his music today, my fault the piano sonatas, fugues and preludes, trios, quartets, and quintets don't, failing the cello sonatas. It is also Mark Rothko's birthday. I thought of taking the ice-scrappers, those three plus one more yellow, turning them horizontal, two reds atop two yellows, atop a yellow piece of paper in tribute, but fuck that, fuck me. Fuck this. Getting closer. 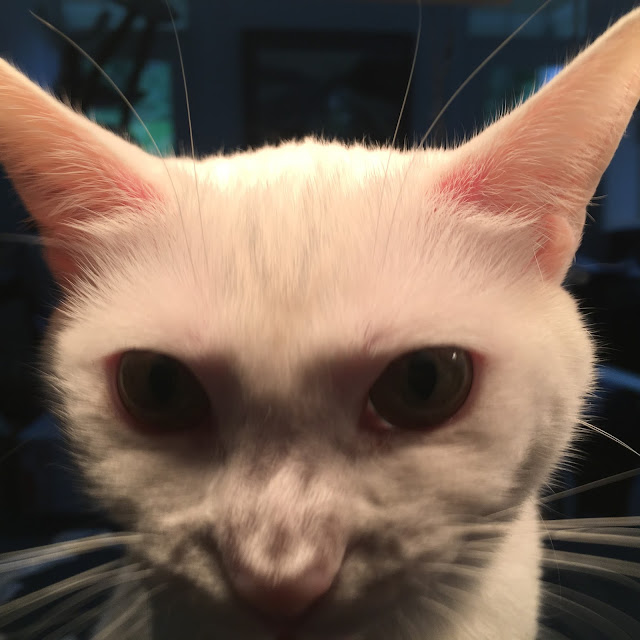 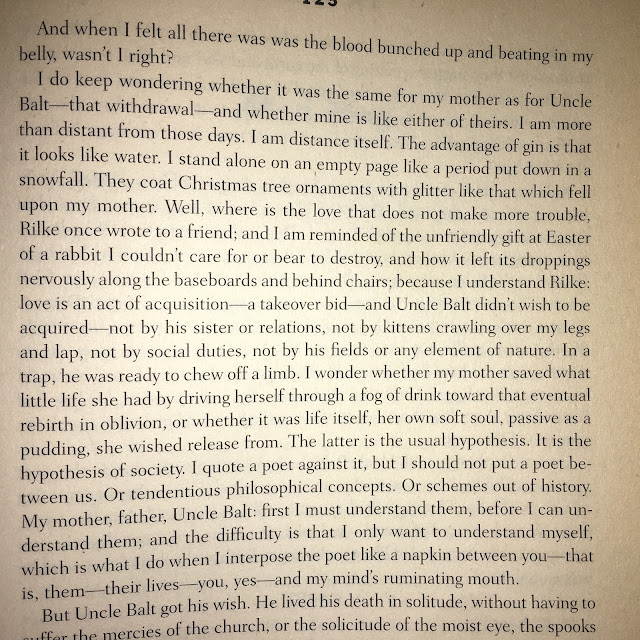 [A straight rain is rare]


A straight rain is rare and doors have suspicions
and I hold that names begin histories
and that the last century was a cruel one. I am pretending
to be a truck in Mexico. I am a woman with a long neck and a good burden
and I waddle efficiently. Activity never sleeps and no tale of crumbling cliffs
can be a short one. I have to shift weight favorably. Happiness
can’t be settled. I brush my left knee twice, my right once,
my left twice again and in that way advance. The alphabet
and the cello can represent horses but I can only pretend
to be a dog slurping pudding. After the 55 minutes it takes to finish
my legs tremble. All is forgiven. Yesterday is going the way of tomorrow
indirectly and the heat of the sun is inadequate at this depth. I see
the moon. The verbs ought and can lack infinity and somewhere
between 1957 when the heat of the dry sun naughtily struck me
and now when my secrets combine in the new order of cold rains
and night winds a lot has happened. Long phrases
are made up of short phrases that bear everything “in vain” or “all
in fun” “for your sake” and “step by step” precisely. I too can spring.