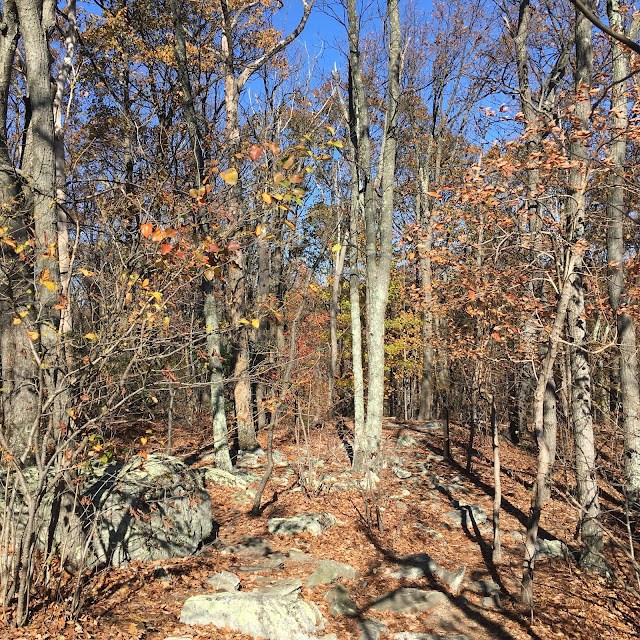 Woods have toggled to Winter. Winter woods are prettier than Summer woods. Eight miler on Catoctin yesterday, a seven miler today on AT.

Yodelayheehoo beneath the fold. Some compiled links and a couple of remarks, shat out to get them out of my system. No songs, no poem - I'm leaving for woods in ten minutes. I woke up with no songs or poems in my head. Strange days.

Email ThisBlogThis!Share to TwitterShare to FacebookShare to Pinterest
Labels: Aargocalyptic, Brazen Blogwhoring and Attention Sluttery, Dead Blegsylvania, Fuck It, Fuck Me, Fucking Blooger, Futile Weekend Blogging, My Complicity, My Inability to Shut the Fuck Up