Baby You Could Be Famous 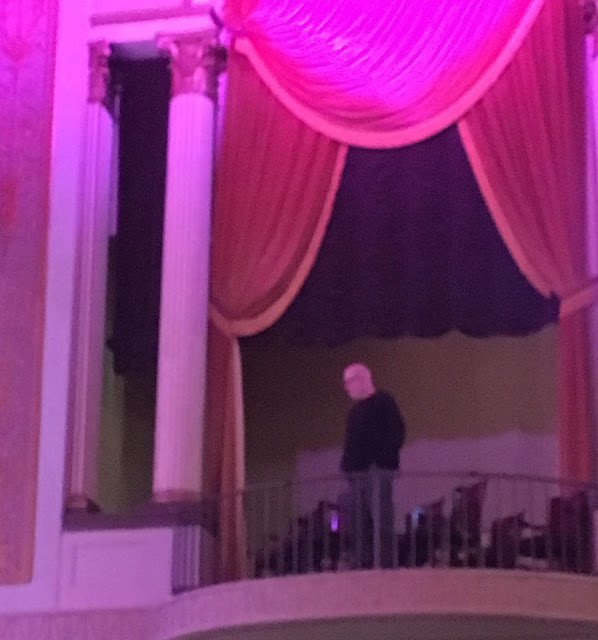 Me (thank you, Planet!) on the right front balcony of Lincoln Theater last night exploring before the first night of Magnetic Fields' 50 Song tour. I am about to pull out my phone to take a photo of the stage set - as I did, two Lincoln Theater staff members appeared from shadows to tell me NO PHOTOS! I said, yes, I was told when I came in, but I thought that meant no photos of the band while on stage, and they said NO PHOTOS! on orders of Magnetic Fields, and that while they wouldn't kick me out if I snuck one they couldn't guarantee one of the Lincoln Theater upper staff wouldn't see me and kick me out on orders of Magnetic Fields. Hah! earlier from the floor - come get me, Copper. 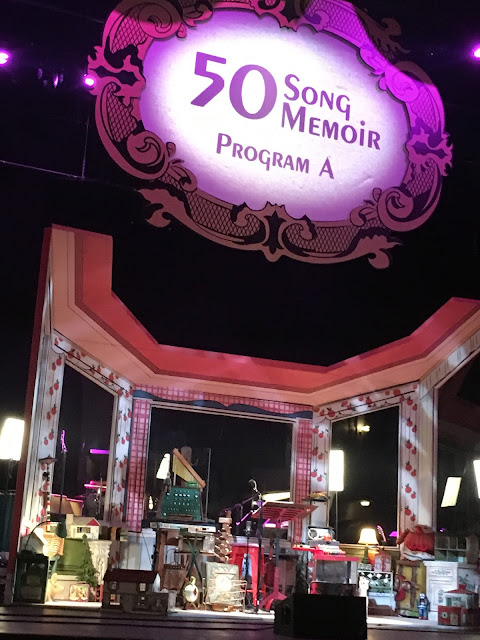 Merritt sat alone in that faux room while the band sat, except for Davol on the left wing and whoever was the synthesizerist on the right, behind the room, seen but obscured. Merritt mentioned their names each once. Shirley Simms was there, hidden, but John Woo wasn't there. Claudia Gonson wasn't there. There was a woman - Merritt called her Pinky Something, who played violin, kazoo, saw. There was a guy who's name I missed on horns and drums, a guy whose name I missed on piano. They were tight, anonymous. I found myself thinking of Peleg and Bildad's scam when negotiating with Ishmael over Ishmael's lay - what tenth of a tenth of the tenth dollar does Simms get?

I say this as someone who has seen Magnetic Fields at least a dozen times (last night, after saying that "autobiographical" doesn't mean "true," he called himself an "only child" - um, not true). Merritt didn't like performing before his tinnitus worsened - his hand went to his left ear constantly last night - but more, he's never liked the live performance requirement of his chosen profession. He did not adlib once from script - he read the jokes from his notes. He had no interaction with the audience, not once. He had no interaction with the band - is this why Claudia isn't there? - she always taunted him between songs, insisted Magnetic Fields was not just Merritt's backing band.

If I will never love 50 Songs (it gets better with each listen - I will never love it) it is by definition a Stephen Merritt autobiographical project and I knew going in I wasn't going to see the Magnetic Fields I want to see (and quite possibly, if not probably, will never see again). It was disturbingly joyless, as everything seems joyless now, especially those very indulgences that once gave most joy. Rotely ironic, the fine fucking metaphors abounding. I blame me. 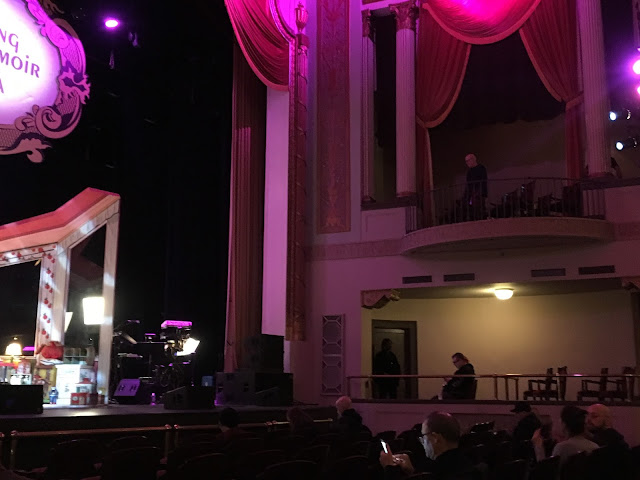 Email ThisBlogThis!Share to TwitterShare to FacebookShare to Pinterest
Labels: About That Ceasing Seething, Brazen Blogwhoring and Attention Sluttery, Fuck Me, MagFields, MSADI5G, Music, My Blindness, My Complicity, My Inability to Shut the Fuck Up