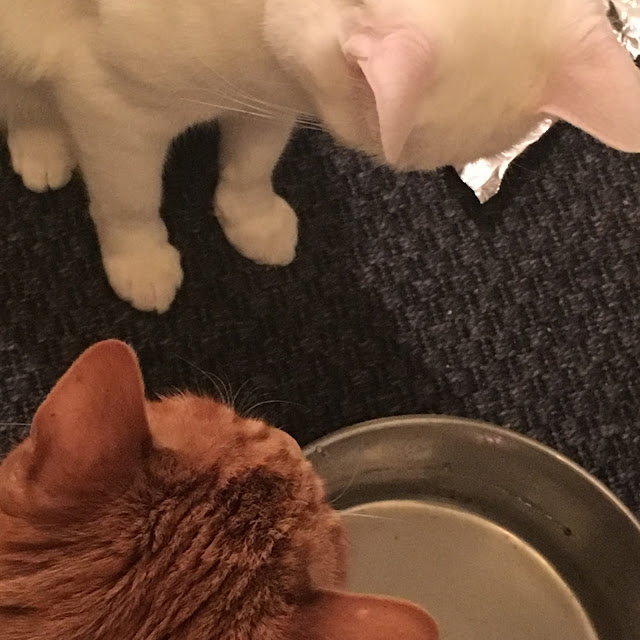 
BY THE RIVER BAAB

We know that somewhere far north of here
the two rivers Ba and Ab converge to form
this greater stream that sustains us, uniting
the lifeblood length of our lands: and we believe
that the Ba's source is heaven, the Ab's hell.

Daily expeditions embark upcountry to find
that fork, to learn where the merge first occurs.
Too far: none of our explorers return. Or
else when they reach that point they themselves
are torn apart by a sudden urge to choose—

to resolutely take either the Ba/the Ab, and trace
good or evil to its spring. Each flips a coin
perhaps, or favors whichever one the wind's
blowing from at that moment. Down here
even we who have not the heart to venture

anywhere that would force us to such deep
decisions, even we, when we hold that glass of
water in our hand, drink it slowly, deliberately,
as if we could taste the two strains, could somehow
distinguish their twin flow through our veins.

Email ThisBlogThis!Share to TwitterShare to FacebookShare to Pinterest
Labels: Aargocalyptic, About That Ceasing Seething, Brazen Blogwhoring and Attention Sluttery, Fuck Me, MSADI5G, Music, My Complicity, My Inability to Shut the Fuck Up, Rukeyser, Sparklehorse