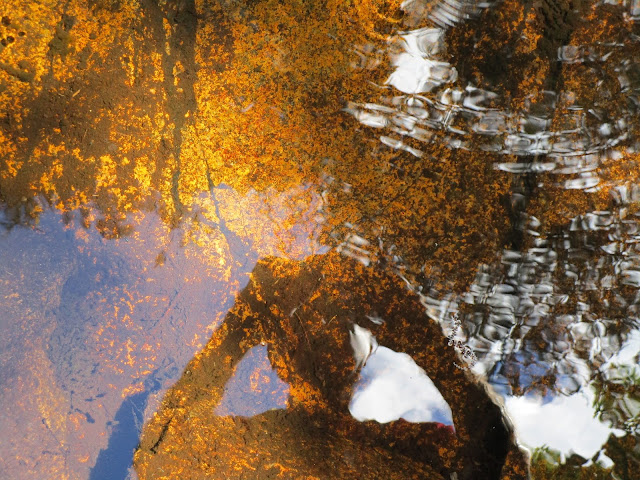 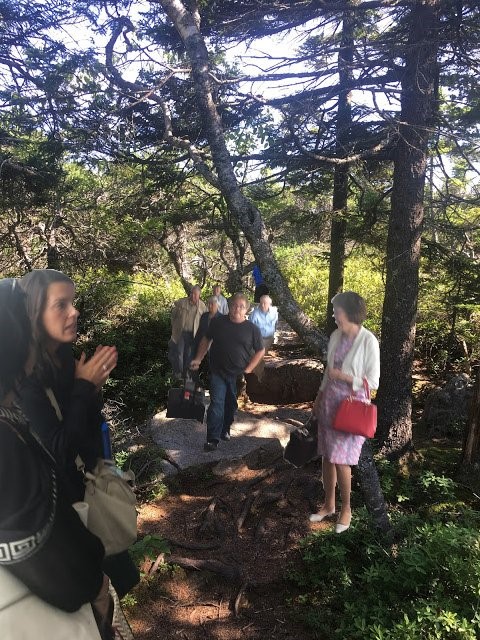 Photoshop of me escaping down Schoodic Head by dear friend davidly (most of his posts are in English, but he lives in Berlin so Deutsch sometimes at top of his blog, like now) on Saturday, the selfie at top yesterday, Valley Cove Creek in the saddle between Acadia Mountain and St Sauveur Mountain, Acadia National Park, Maine.

Earthgirl asks I again give her credit, and I do because due. I would have said No to ABC, so NBC wouldn't have asked and NPR wouldn't have used it and I wouldn't have made someone's aggregating post on Lawyers Guns and Money Mike's blog aggregation at Crooks and Liars, and I wouldn't have 221 more twitter followers today than I did Friday morning. I find it fascinating - more than a decade ago Duncan gave me a bump on Eschaton, the only time this shitty blog got any attention out of the ordinary of beloveds and friends analog and digital, but nothing like this: the odds that a flight Earthgirl booked last August would include a pivotal figure in an unfolding American political drama are.... what?

I post the comparison stats solely for my amusement. The odds that there would be a Kate Bush birthday post on July 30th were 100%, as are the odds I'd mention that yesterday was also William Gass' birthday and the odds there will be lots of Grateful Dead songs here tomorrow for Jerry Garcia's birthday. ABC, NBC, NPR, and Crook and Liars will not be covering, nor should they.

Also this: I'm on vacation, so this blog isn't going to do what it does when I'm not on vacation, bark-wise, link-wise, wise-wise. I'll do the Egoslavian Holy Days, of course, and bark if anything barkworthy arises, but at a time when more new eyes are on the blog than ever before and - odds are - ever again, I won't be doing daily aargh-farming this coming week like I do most days except when I'm on vacation. Here's a gag I use all the time, welcome Newcomers: Fine metaphors abound. 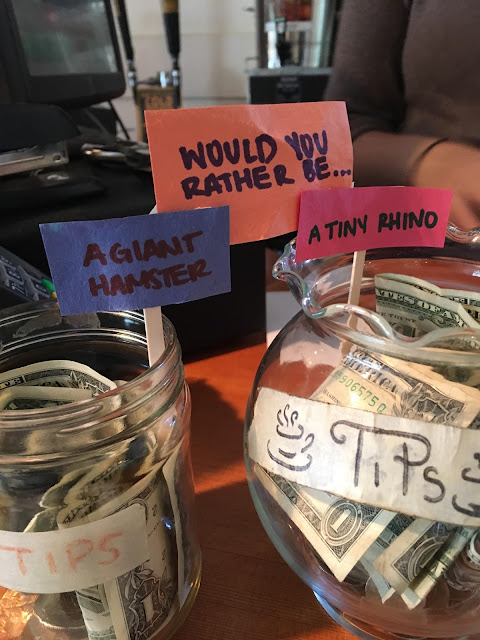 Photos from woods, songs and poems, will continue through vacation, as is tradition. Newcomers: music play loud, read poems out loud.

Email ThisBlogThis!Share to TwitterShare to FacebookShare to Pinterest
Labels: Aargh-free, Acadia 17, Ammons, Autoblogography, Destroyer, Fine Metaphors Abound, Gass, MSADI5G, My Complicity, My Favorite Post Ever, My Inability to Shut the Fuck Up, Swans