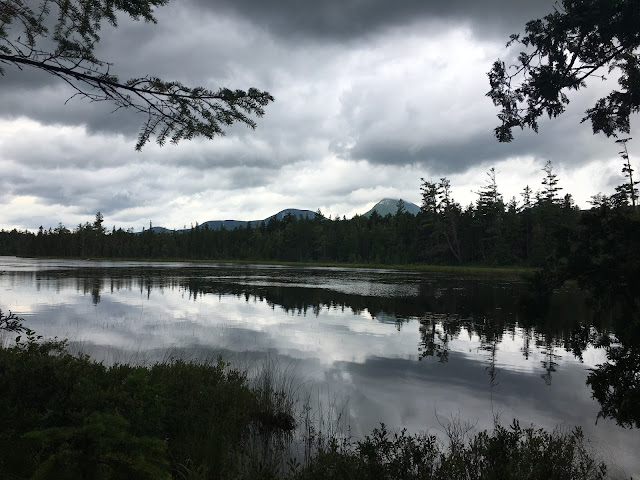 Frog Pond, Baxter State Park, yesterday. We did a short mile and a half out, mile and a half back, then drove the 46 mile park road from south to north. Bought maps, reconnoitered. Conclusions? Our fat asses couldn't be dragged over the big mountains - we'll be ready next year. With lots of Deet. Lots of Deet. That short hike taught us well, and we had Deet.

Two more things confirmed about Maine. The vast nowhere between somewheres exists. The worthiness of crossing that nowhere to get to somewhere is true. Oh, a third: Maine always whispers, careful, I can kill you if you're not wary. I believe it. 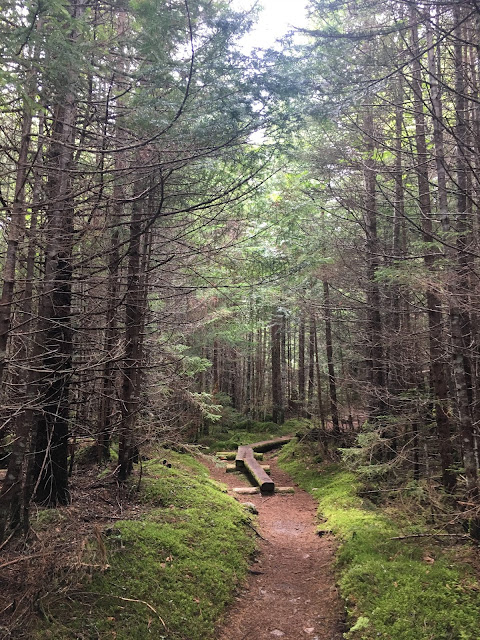 I'm sitting in the breakfast lobby of a Comfort Inn in Bangor Maine at 630 in the morning. Earthgirl is still sleeping. We got one of the last rooms available in Bangor yesterday evening. There is a Fitz and the Tantrums concert on Bangor waterfront, IT'S A BIG DEAL. If I remember correctly, Fitz and the Tantrums are a current Hall and Oates rip-off band. Could verify; fuck that. But the breakfast lobby is full of the elderly. I'm elderly - I'll be 58 in three weeks - and I'm the youngest here. I don't think the elderly in the lobby are in Bangor for Fitz and the Tantrums, so there must be a convention of some sort too. So have links. 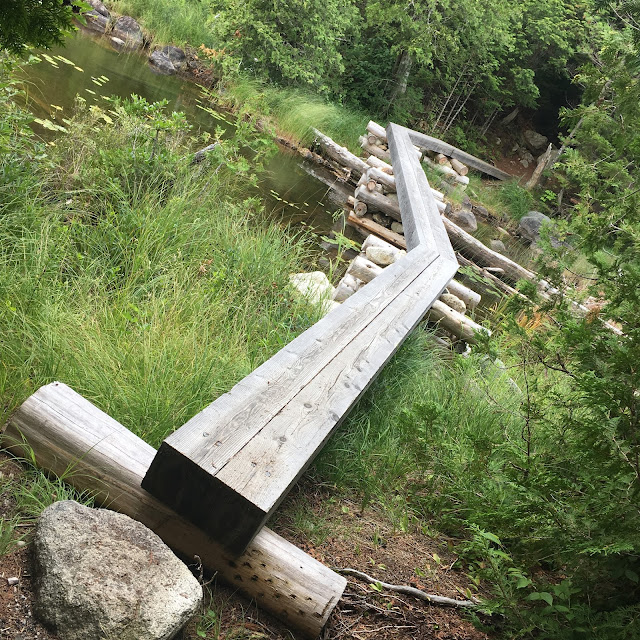 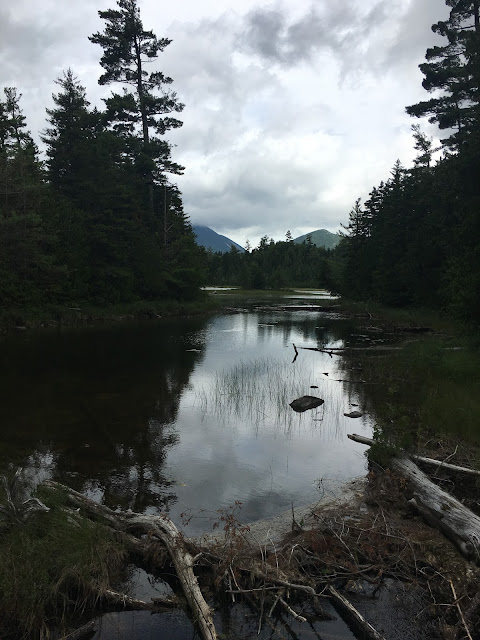 THE BOOK OF THE DEAD


These roads will take you into your own country.
Seasons and maps coming where this road comes
into a landscape mirrored in these men.

Past all your influences, your home river,
constellations of cities, mottoes of childhood,
parents and easy cures, war, all evasion’s wishes.

What one word must never be said?
Dead, and these men fight off our dying,
cough in the theatres of the war.

What two things shall never be seen?
They : what we did.     Enemy : what we mean.
This is a nation’s scene and halfway house.

What three things can never be done?
Forget.     Keep silent.     Stand alone.
The hills of glass, the fatal brilliant plain.

The facts of war forced into actual grace.
Seasons and modern glory.     Told in the histories,
how first ships came

seeing on the Atlantic thirteen clouds
lining the west horizon with their white
shining halations;

they conquered, throwing off impossible Europe—
could not be used to transform; created coast—
breathed-in America.

See how they took the land, made after-life
fresh out of exile, planted the pioneer
base and blockade,

pushed forests down in an implacable walk
west where new clouds lay at the desirable
body of sunset;

taking the seaboard.     Replaced the isolation,
dropped cities where they stood, drew a tidewater
frontier of Europe,

a moment, and another frontier held,
this land was planted home-land that we know.
Ridge of discovery,

until we walk to windows, seeing America
lie in a photograph of power, widened
before our forehead,

and still behind us falls another glory,
London unshaken, the long French road to Spain,
the old Mediterranean

Before our face the broad and concrete west,
green ripened field, frontier pushed back like river
controlled and dammed;

liveoak, the hanging moss, a world of desert,
the dead, the lava, and the extreme arisen
fountain of life,

the flourished land, people with watercourses
to California and the colored sea;
sums of frontiers

and unmade boundaries of acts and poems,
the brilliant scene between the seas, and standing,
this fact and this disease.
______________

Half-memories absorb us, and our ritual world
carries its history in familiar eyes,
planted in flesh it signifies its music

in minds which turn to sleep and memory,
in music knowing all the shimmering names,
the spear, the castle, and the rose.

But planted in our flesh these valleys stand,
everywhere we begin to know the illness,
are forced up, and our times confirm us all.

In the museum life, centuries of ambition
yielded at last a fertilizing image:
the Carthaginian stone meaning a tall woman

carries in her two hands the book and cradled dove,
on her two thighs, wings folded from the waist
cross to her feet, a pointed human crown.

This valley is given to us like a glory.
To friends in the old world, and their lifting hands
that call for intercession. Blow falling full in face.

All those whose childhood made learn skill to meet,
and art to see after the change of heart;
all the belligerents who know the world.

You standing over gorges, surveyors and planners,
you workers and hope of countries, first among powers;
you who give peace and bodily repose,

and you young, you who finishing the poem
wish new perfection and begin to make;
you men of fact, measure our times again.
_____________

These are our strength, who strike against history.
These whose corrupt cells owe their new styles of weakness
to our diseases;

these carrying light for safety on their foreheads
descended deeper for richer faults of ore,
drilling their death.

These touching radium and the luminous poison,
carried their death on the lips and with their warning
glow in their graves.

These weaves and their eyes water and rust away,
these stand at wheels until their brains corrode,
these farm and starve,

all these men cry their doom across the world,
meeting avoidable death, fight against madness,
find every war.

Are known as strikers, soldiers, pioneers,
fight on all new frontiers, are set in solid
lines of defense.

Defense is sight; widen the lens and see
standing over the land myths of identity,
new signals, processes:

Over the country, from islands of Maine fading,
Cape Sable fading south into the orange
detail of sunset,

new processes, new signals, new possession.
A name for all the conquests, prediction of victory
deep in these powers.

Carry abroad the urgent need, the scene,
to photograph and to extend the voice,
to speak this meaning.

Voices to speak to us directly.     As we move.
As we enrich, growing in larger motion,
this word, this power.

Down coasts of taken countries, mastery,
discovery at one hand, and at the other
frontiers and forests,

fanatic cruel legend at our back and
speeding ahead the red and open west,
and this our region,

desire, field, beginning.    Name and road,
communication to these many men,
as epilogue, seeds of unending love. 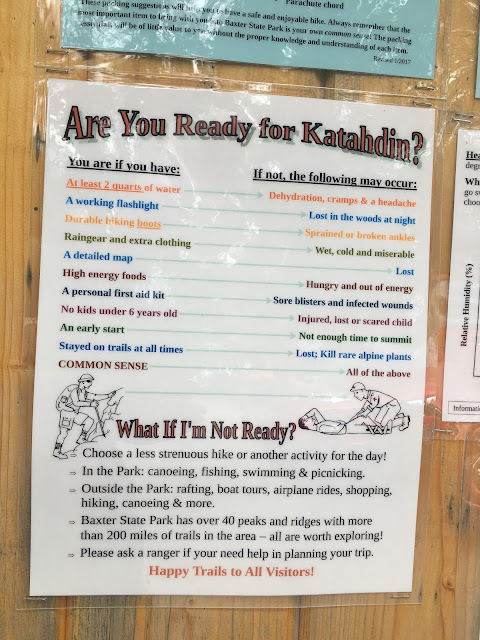 Email ThisBlogThis!Share to TwitterShare to FacebookShare to Pinterest
Labels: Acadia 17, Autoblogography, Brazen Blogwhoring and Attention Sluttery, Dead Blegsylvania, Fuck Me, Futile Weekend Blogging, MSADI5G, My Blindness, My Complicity, My Inability to Shut the Fuck Up, Rukeyser