They Have Not Grown Tired Only Discovered Their Mistake


Two days ago was Rick Nielsen's 69th birthday and yesterday, as Landru reminded me, Adrian Belew turned 68 and DC's own Jorma Kaukonen 77. I knew about each but didn't post their traditional birthday cards.

Not a blog stunt for bleggalgaze, not a deliberate omission, not even a choice, as in I chose not to post them. I looked for what I posted on the blog last year - this is how I remember birthdays - noted the three imminent birthdays and then worked on yesterday's post and never thought of the birthdays again until Landru texted me. That doesn't mean these songs haven't been in my head. 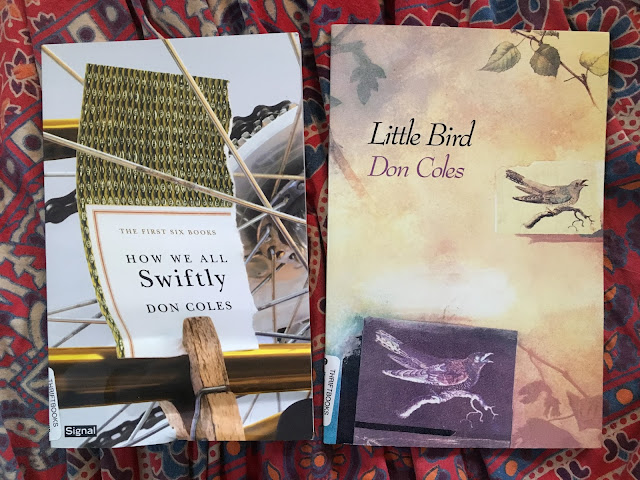 There is a narrow endless place
Where the earth has frozen; on this
They live at unbelievable speeds
While it is light and when it is dark
Different ones, ten times longer
And composed mostly of yellow air
The same width as the frozen place,
Live there instead; these in spite of
So much greater length behave about the same.
You cannot dig there. The next day
They all come back, they have not
Grown tired only discovered their mistake.
Who knows what purpose this has?
When we go into the frozen place
They become angry and kill us. They never
Stand motionlessly for minutes erect
And when being so deprived they grow
Distressed or weak they smash one another.
They have no idea how fragrant and far down
Home is.

Email ThisBlogThis!Share to TwitterShare to FacebookShare to Pinterest
Labels: Autoblogography, Be Kind Motherfuckers, Birthdays, Brazen Blogwhoring and Attention Sluttery, Dead Blegsylvania, Egoslavian Holy Day, Fuck Me, MSADI5G, My Complicity, My Inability to Shut the Fuck Up