All Power Is Saved, Having No End 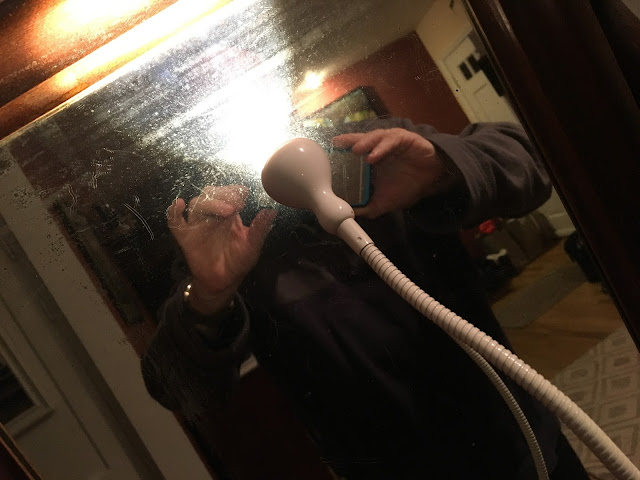 All power is saved, having no end.     Rises
in the green season, in the sudden season
the white the budded
and the lost.
Water celebrates, yielding continually
sheeted and fast in its overfall
slips down the rock, evades the pillars
building its colonnades, repairs
in stream and standing wave
retains its seaward green
broken by obstacle rock; falling, the water sheet
spouts, and the mind dances, excess of white.
White brilliant function of the land’s disease.
Many-spanned, lighted, the crest leans under
concrete arches and the channeled hills,
turns in the gorge toward its release;
kinetic and controlled, the sluice
urging the hollow, the thunder,
the major climax
energy
total and open watercourse
praising the spillway, fiery glaze,
crackle of light, cleanest velocity
flooding, the moulded force.
I open out a way over the water
I form a path between the Combatants:
Grant that I sail down like a living bird,
power over the fields and Pool of Fire.
Phoenix, I sail over the phoenix world.
Diverted water, the fern and fuming white
ascend in mist of continuous diffusion.
Rivers are turning inside their mountains,
streams line the stone, rest at the overflow
lake and in lanes of pliant color lie.
Blessing of this innumerable silver,
printed in silver, images of stone
walk on a screen of falling water
in film-silver in continual change
recurring colored, plunging with the wave.
Constellations of light, abundance of many rivers.
The sheeted island-cities, the white surf filling west,
the hope, fast water spilled where still pools fed.
Great power flying deep: between the rock and the sunset,
the caretaker’s house and the steep abutment,
hypnotic water fallen and the tunnels under
the moist and fragile galleries of stone,
mile-long, under the wave. Whether snow fall,
the quick light fall, years of white cities fall,
flood that this valley built falls slipping down
the green turn in the river’s green.
Steep gorge, the wedge of crystal in the sky.
How many feet of whirlpools?
What is a year in terms of falling water?
Cylinders; kilowatts; capacities.
Continuity: Σ Q = 0
Equations for falling water. The streaming motion.
The balance-sheet of energy that flows
passing along its infinite barrier.
It breaks the hills, cracking the riches wide,
runs through electric wires;
it comes, warning the night,
running among these rigid hills,
a single force to waken our eyes.
They poured the concrete and the columns stood,
laid bare the bedrock, set the cells of steel,
a dam for monument was what they hammered home.
Blasted, and stocks went up;
insured the base,
and limousines
wrote their own graphs upon
roadbed and lifeline.
Their hands touched mastery:
wait for defense, solid across the world.
Mr. Griswold. “A corporation is a body without a soul.”
Mr. Dunn. When they were caught at it they resorted to the
methods employed by gunmen, ordinary machine gun racke-
teers. They cowardly tried to buy out the people who had the
information on them.
Mr. Marcantonio. I agree that a racket has been practised, but the
most damnable racketeering that I have ever known is the
paying of a fee to the very attorney who represented these
victims. That is the most outrageous racket that has ever come
within my knowledge.
Miss Allen. Mr. Jesse J. Ricks, the president of the Union Carbide
& Carbon Corporation, suggested that the stockholder had
better take this question up in a private conference.
The dam is safe. A scene of power.
The dam is the father of the tunnel.
This is the valley’s work, the white, the shining.

The dam is used when the tunnel is used.
The men and the water are never idle,
have definitions.
This is a perfect fluid, having no age nor hours,
surviving scarless, unaltered, loving rest,
willing to run forever to find its peace
in equal seas in currents of still glass.
Effects of friction : to fight and pass again,
learning its power, conquering boundaries,
able to rise blind in revolts of tide,
broken and sacrificed to flow resumed.
Collecting eternally power. Spender of power,
torn, never can be killed, speeded in filaments,
million, its power can rest and rise forever,
wait and be flexible. Be born again.
Nothing is lost, even among the wars,
imperfect flow, confusion of force.
It will rise. These are the phases of its face.
It knows its seasons, the waiting, the sudden.
It changes. It does not die.

Email ThisBlogThis!Share to TwitterShare to FacebookShare to Pinterest
Labels: Brazen Blogwhoring and Attention Sluttery, Dead Blegsylvania, Fuck Me, MSADI5G, My Blindness, My Complicity, My Inability to Shut the Fuck Up, Richard Youngs