No Elixir to Revive the Amputated Flower 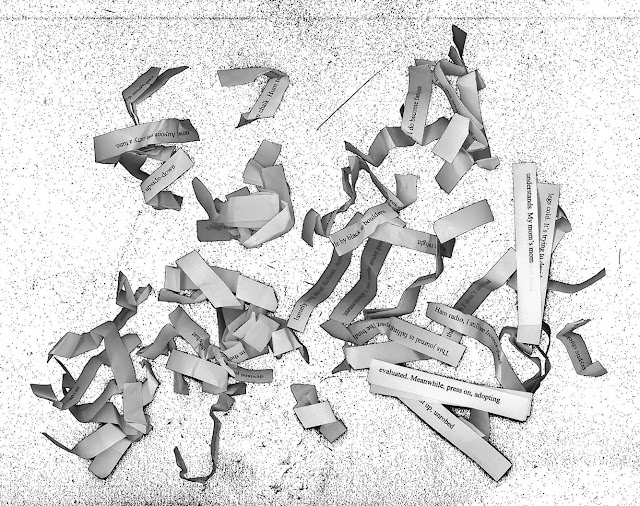 THE SKY IS CLEAR, BUT IT'S RAINING


Under the trees, where everything
Is still possible in prescribed doses:
Hundreds of accordion-like units
Without edges. But there is no unwinding
Of minutes to stay the execution
Of a rain-shot weekend in early
Beach weather, no elixir
To revive the amputated flower
Still kicking on its ghost-stem
In a bowl of water, no direction
In which to steer
The hapless, puzzled out-of-towner
Other than straight ahead,
To the sheer drop-off
Where his guidebook gutters
Or deposits him, addressless,
In thin air.

Email ThisBlogThis!Share to TwitterShare to FacebookShare to Pinterest
Labels: About That Ceasing Seething, Books, Brazen Blogwhoring and Attention Sluttery, Dead Blegsylvania, Fuck Me, Futile Weekend Blogging, MSADI5G, My Blindness, My Complicity, My Inability to Shut the Fuck Up