Summoned By This Self-Indulgent Ouija 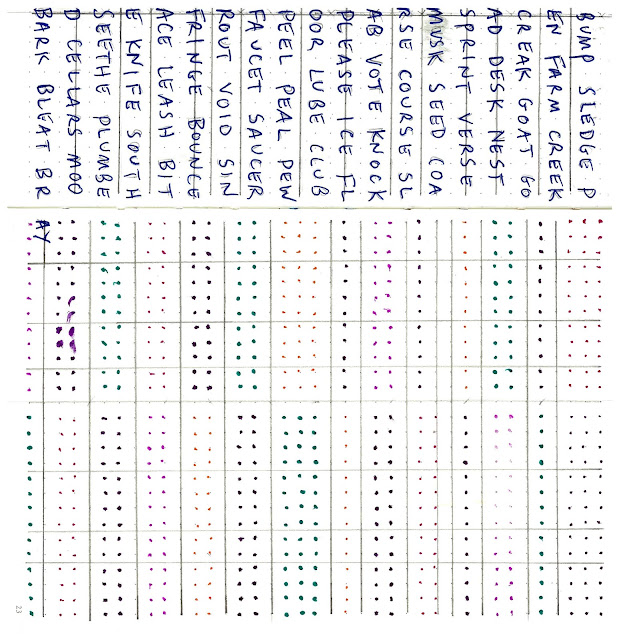 
It doesn’t take the full-wind sickness,
just the mere, the constant threat of it,
just the salt trace, its faint knocking
to bring the spirits of chance and chaos
into this house - they stand in doorways:
quaint, foul allies, swivelling their ghost hips,
tugging at their gowns of transparency
and mischief. They buzz me with lust,
and I’m undone.
Remember these: the Cupid
who ducked up from behind a wall and aimed
an arrow, one evening on Broughton Street;
whatever grabbed my shoulder at Earlshall;
a sound of heavy boxes pushed up and down
the empty hallway; the past is the self’s ghoul.
What is it, Roddy, you know you’ve blocked out?
What left your brain so empty that it gushed full
with circus music and the safe bet of trivia?
Here I am swinging on the fence of fences, in limbo,
where the other world loves to try my pragmatism
and it’s I who have invited them, summoned
by this self-indulgent ouija.
But what is it
that folds my clothes as I sleep and leaves them
on the edge of the bed? Who hides my slippers,
re-hangs the paintings? Deja vu. Did a minor
goddess filch me in Manila and follow me home,
prone, as they are, to easy-led mortal men.
And I’m easy, easy. So, come now, teach me
to believe in the soul. Hurt me with the truth. Press
me back down on this cheap, wine-coloured carpet;
let me know for once and for all how fucked I am.
Posted by BDR at 8:39 AM