We've Been Living - I Think - in a Kind of Drowning Light

38 years ago about 11:15 PM EST last night I was 21, lying in bed, tripping, blissed, happy, with Audrey H...., listening to WGTB when the announcer broke in to say John Lennon had been shot and killed. Seems silly to say now, but it was the biggest KABOOM! of my life at the time, and if I no longer need to play The Beatles or listen to Lennon solo except on Holy Days because I can hear any song I want at any time in my head I still remember the KABOOM! 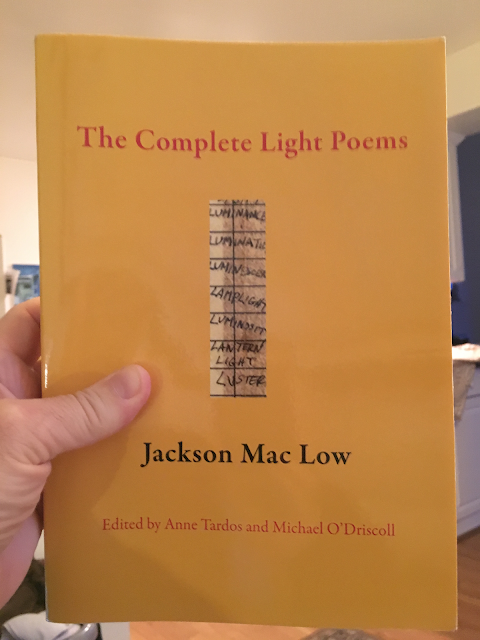 A "42" draws the northern lights into the song
as yesterday into the Taggart Light Poem twice they were drawn
as "aurora borealis" & "aurora"   by "A"'s & by numbers
There they seemed eery & threatening   Here they seem hopeful
as they seemed when last I saw them   over the Gulf of St. Lawrence
cold euphoric after making love wondering
at swirling curtains & sudden billows lighting the sky northwest

Relucence from my face glows back on yours

"Her     but a young Sagittarian need have" none
"qualms" have no basis
Are we dreaming     Is this Virgo Man still dreaming
as "he has spent half his life"     they say     "dreaming"
"Sagittarian & Virgo"
"The pattern is perfect"
The poem is over
Posted by BDR at 8:06 AM

Email ThisBlogThis!Share to TwitterShare to FacebookShare to Pinterest
Labels: About That Ceasing Seething, Brazen Blogwhoring and Attention Sluttery, Dead Blegsylvania, Death, Fuck Me, Futile Weekend Blogging, Lennon, My Blindness, My Complicity, My Inability to Shut the Fuck Up