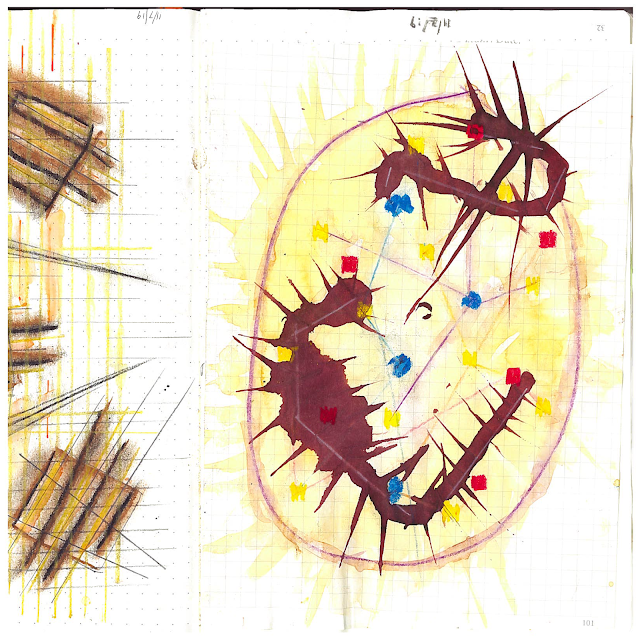 
I wanted first to end up as a drunk in the gutter
and in my twenties I almost ended up there—
and then as an alternative to vodka, to live
alone like a hermit philosopher and court
the extreme poverty that I suspected lay in store for me anyway—
and then there were the years in which
I needed very badly to take refuge in mediocrity,
years like blunt scissors cutting out careful squares,
and that was the worst, the very worst—
you could say that always my life
was like a patchwork quilt always ripped apart—
my life like scraps stitched together in a dream
in which animals and people,
plants, chimeras, stars,
even minerals were in a preordained harmony—
a dream forgotten because it has to be forgotten,
but that I looked for desperately, but only sporadically
found in fragments, a hand lifted to strike
or caress or simply lifted for some unknown reason—
and in memory too, some specific pain, sensation of cold or warmth.
I loved that harmony in all its stages of passion,
the voices still talking inside me . . . but then, instead of harmony,
there was nothing but rags scattered on the ground.
And maybe that's all it means to be a poet.
Posted by BDR at 11:37 AM

Email ThisBlogThis!Share to TwitterShare to FacebookShare to Pinterest
Labels: Another Attempt to Shut the Fuck Up, Brazen Blogwhoring and Attention Sluttery, Dead Blegsylvania, Disc, Fuck Me, My Blindness, My Complicity, My Inability to Shut the Fuck Up