Reduced to a State of Near Savage Torpor

My sun hat of three years fell apart finally, sweated through too many times, holes, and now the velcro strap won't velcro snap, below, self-portrait with sunburn from Saturday hike past, suntan lotion left in car, and general mood (with Doctor Sevrin ears and fine metaphors abounding), now abandoned, not the mood, me 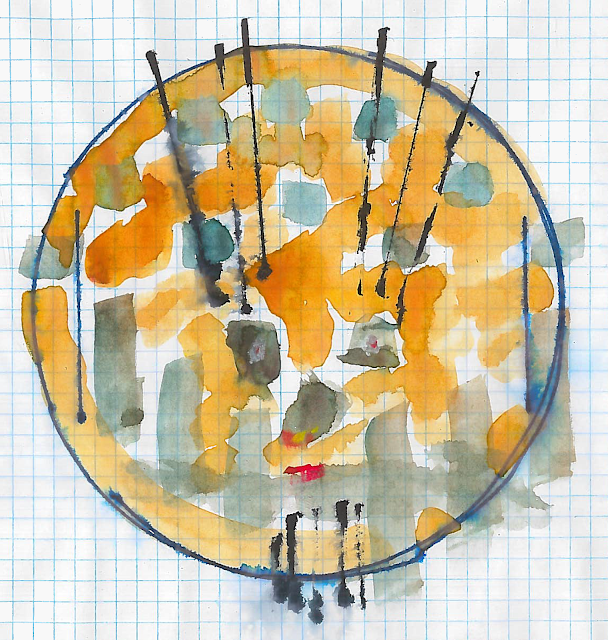 
Poetry, Woodsworth
wrote, will have no
easy time of it when
the discriminating

powers of the mind
are so blunted that
all voluntary
exertion dies, and

the general
public is reduced
to a state of near
savage torpor, morose,

stuporous, with
no attention span
whatsoever; nor will
the tranquil rustling

of the lyric, drowned out
by the heavy, dull
coagulation
of persons in cities,

communication of
instant intelligence
gratifies like crazy,
likely survive this age.
Posted by BDR at 8:36 AM