Out Where the Sunset Ends, They’ve Installed a Graveyard and Where It Rises, Some Automatons Bash Together Mellifluous Metal Tubing Imparting a Festive Contusion to the Usual Calm Disaster of Getting Out of Bed

I built this shrine yesterday 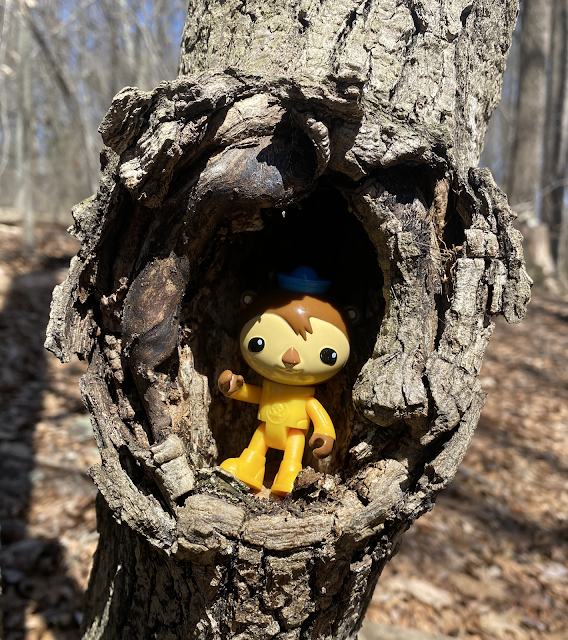 within twenty yards of this shrine not built by me 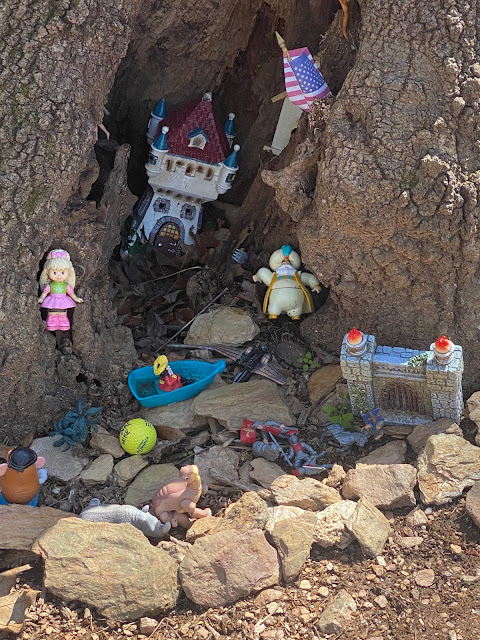 or this shrine, not built by me 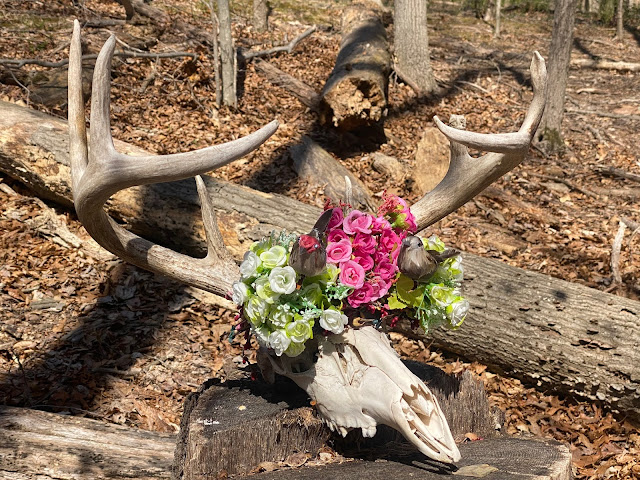 and fifty yards from this joint I did not build 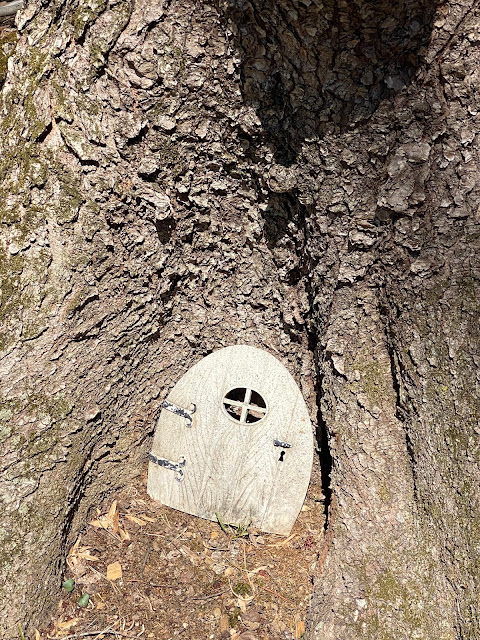 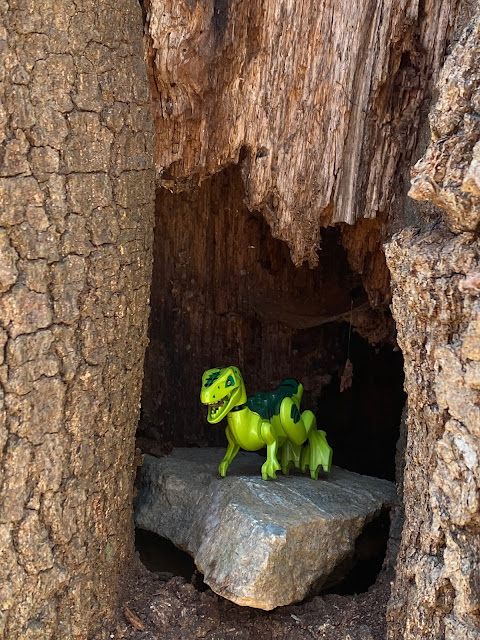 Mocowoods yo. All of these on Sidewinder Trail in Little Bennett. The shrine with the American flag built within weeks of the opening of Sidewinder just over two years ago. Whenever I see the flag my first thought is that some of the people building shrines in Mocowoods no doubt would find my political views as repugnant as I would find theirs as we all build shrines to trees. I have never been tempted to remove the flag (much less touch anything of another's installation). Whenever I've needed to fix an installation I've found the object at tree's bottom, knocked out of tree knot by weather. I've not seen an installation deliberately vandalized. The shrine with the flag, the antlers with flowers, both installed months before Mocoparks installed a bench on the trail less that six weeks ago, surely Mocoparks aware of these - and others throughout the county now (I've installed now on every trail in Little Bennett, Black Hills, Seneca Greenway, Seneca Bluff, Muddy Branch Greenway, Blockhouse, Bucklodge, Rachel Carson, Rock Creek, Goldmine) - and seem chill. I think this a miracle of sorts and must fight the temptation to find hope for humans and I will be building new ones (and hopefully discovering others' installations I've not seen before) today

I’m amazed we haven’t crawled off by now.
Later we could go back and cross things out,
that way we wouldn’t know where we came from,
the shapes we asked to be bent into.
Sinatra’d be okay again,
mother the same distal approximation,
the sea still trying to spit it out.
Sometimes your sleep is different than mine.
I can’t catch up.
I don’t know—there are voices tangled outside.
Wind wants to make me correct something,
the refrigerator says something needs to be pushed
further from the sun.
Out where the sunset ends, they’ve installed a graveyard
and where it rises, some automatons bash together
mellifluous metal tubing
imparting a festive contusion
to the usual calm disaster of getting out of bed.
To find out why life has this glass sparkle
at the end of a dark hall.
To find out why the paper skeleton holds its hands
demurely over its crotch. Did it fall that way?
To find out how we fell.
There is a name to wake into and music to sleep through.
To find out where the blood comes from on the towels.
Old friends, I believe your betrayals were inadvertent.
To find out if my heart is unruined.
Father, are you out there
or was your corpse accurate?
Something happened to me when I was young
that I don’t want to happen again
but I remember the first smell of ocean
when the family got out of the car in Jersey
to buy peaches. Spark thrust, spark dust.
The road was sand.
Posted by BDR at 9:46 AM

Email ThisBlogThis!Share to TwitterShare to FacebookShare to Pinterest
Labels: Brazen Blogwhoring and Attention Sluttery, My Blindness, My Complicity, My Inability to Shut the Fuck Up