My son-in-law Air explained to us that most hikers (almost all public hiking land in Michigan is public hunting land too) get shot by hunters not because the hunter thinks they're deer but because hikers are behind the deer being shot at and the hunter doesn't see them and shoots them when he misses the deer, hence we wore orange vests; Air also confirmed what I'd've guessed: hunters chances are better far off the (relatively) heavily-used path, and Michigan's Department of Natural Resources does a good job providing hunter access to pick-up parking on state land away from trailheads and trails. I was not shot or (I think but can't confirm) shot at Were there a week too early for peak autumn though we were there the traditional peak autumn week, Pennsylvania's Laurel Highlands, where the turnpike crosses the Alleghenys, two weeks behind and half washed-out, the issue not urgent compared to the coming floods, droughts, heatwaves, and genocidal resource wars brought to you by shitlord climate change but a gentle reminder that another victim of climate change is eastern North America's deciduous forests, already the trees dying, aware, their chemistry, their rhythms permanently, terminally fucked up 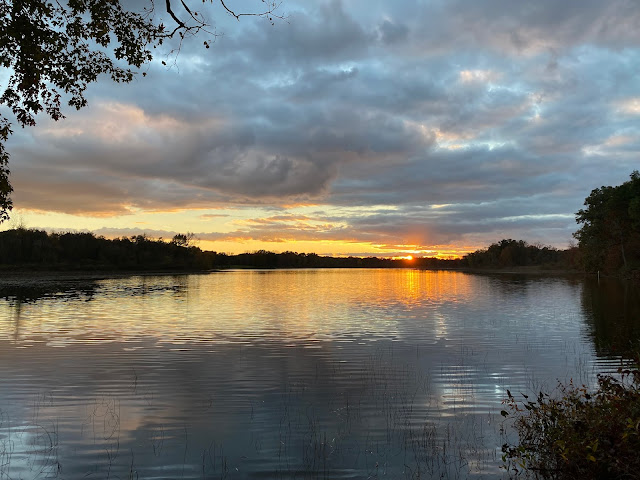 Above and below photos from Saturday sunset past at the Haehnle Audubon Sanctuary on Seymour Road in Jackson Michigan. Michigan has its moments

From Mt Hope Road on I-94 in Grass Lake Michigan to my house in Kensington Maryland, all by interstate but three miles in Maumee Ohio negotiating the connection between US-23 (admittedly not an interstate but interstate-grade) to Ohio Turnpike and the two miles to my house once off 270 = 524 mile, 70 in Michigan, 192 in Ohio (= 262) 178 in Pennsylvania, 84 in Maryland (= 262), the Pennsylvania/Ohio border the truest halfway point in all my recurrent travels

I wore brightly patterned masks and my black Guided by Voices rune baseball cap in the few stores I entered in Michigan (I wear brightly patterned masks and GbV hat everywhere, I didn't take them to Michigan to provoke, I took them to Michigan cause it's what I wear). Half the people in the weed store* wore masks (which makes sense since some clearly in dire physical distress), maybe a quarter of the people in the other stores wore masks, a few of the unmasked gave me friendly bemused smiles and I smiled back with my eyes, only one gave me an I'd like to kick your ass in the parking lot look but the cashier assured me he looks that way at everybody

Air's answer on Saturday's hike (o, that's the top photo) to my question who maintains the excellent Waterloo-Pinckney Trail that Michigan DNR does, DNR gets a generous budget since Michigan so tourist dependent, and I don't do research and like easy analogies but I can see Michigan as the eastern Midwest's Maine, and reaction to me in a corner store after the hike was instant recognition I live far away, an outsider, in a pink and orange mask in a black hat runed different than their black hats, local conversation stopped mid-stream while I was in the store

*Speaking of the weed store, I asked my weed adviser, what percentage of sales by volume are medicinal versus recreational (by volume since prices vary between recreational and medicinal, I learned) and more than half the volume on legit medical weed usage, half the recreational buying medicinally, half the half that buy recreational buy for justifiable medical/theraputic reasons also, people can't afford doctors and the meds they prescribe so people self-medicate, or more precisely, self-alleviate. You, he asked. Yes, I said (the next confirmed scheduled visit to a legal state isn't until the end of July 2022, per agreement, fuck, and fuck me. At least I'll be in Maine for two weeks - where weed is expensive and weak if I buy it there, where weed is expensive and weak if I buy in DC and take with me, have I mentioned how cheap - as in 60% less for an eighth than it would be in DC and Maine, and kaboom better, also too, Michigan weed be) 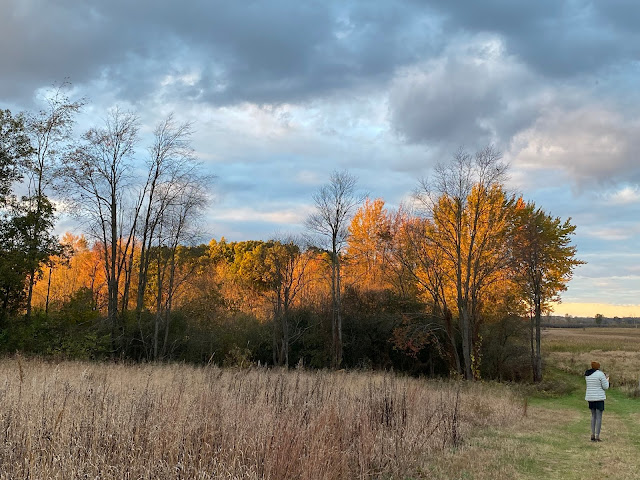 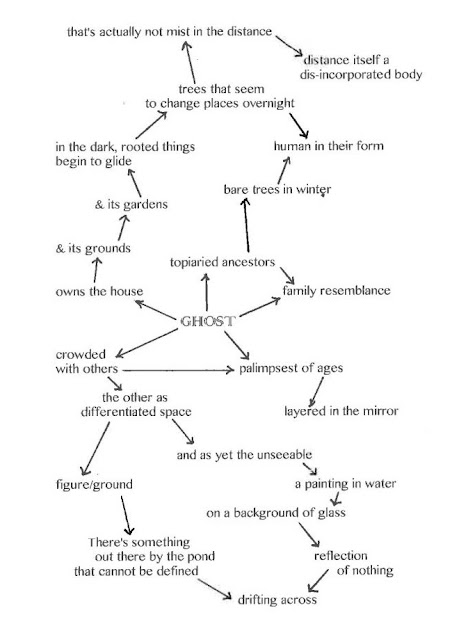