Most Mornings I Would Be More or Less Insane

Diligence in maintaining eye-drop discipline not enough, my eyes losing lower peripheral vision dramatically of late, left eye lots, steep rocky downhills I now dread, don't feel safe, every frightening once in a while I can't see where my left foot will land, we haven't done particular hard hikes (White Oak Canyon, for instance) we do every year this year because fuck me. Sight lost is sight gone but all I want to do is hike with Earthgirl so one eye first January Monday, second eye first January Tuesday

Earthgirl's mother's second husband's daughter sent us a cat advent calendar, a cat toy a day, none of the other five indoor beings in the house had any interest in the hands, the sixth one did 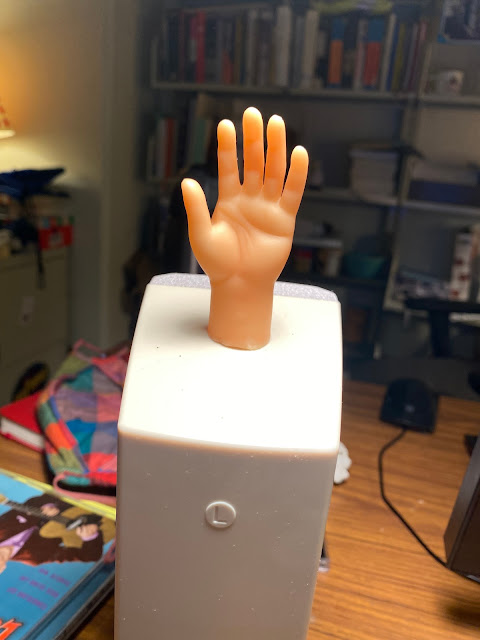 No plans to deep research the procedure on my eyes. I trust implicitly because do I have a choice that my eyedoc has state of the art knowledge and tools and skills to laser canals into my eyes to release the eyewater blinding me while simultaneously acknowledging should humans survive and medical advancements continue apace in one hundred years at most my eyedoc's procedures will be considered barberic quackery (Bones on dust in depression New York City gripping the head of me, the homeless bald guy). I'll feel no pain eyedoc told me during or after the surgery but be sure to pick up the pain-killer eyedrop RX we just sent to Safeway before I show up for the procedure

The two Democratic senators from my state of Fort Meade quietly voted for the gigazillion dollar defence bill, does it really matter if they're bribed and/or blackmailed rather than ardent and loyal and lucratively rewarded shitlord gophers? One hundred years from now if humans survive this paragraph will still be as relevant as today

I did not forget Muriel Rukeyser's birthday on the 15th, I just didn't have a post ready and I'm deliberately cutting back on the standalone posts for deleted bleggalgaze reasons regular readers can recite. In the Big Blue Bible the holy spirit has entered Jacob and he molted like a snake. Yesterday, when I was looking for dry ink markers in a box in the corner of my office the Dean of the Library walked by my office and stopped to stare at my speakers, Six Organs of Admittance emitting from them, she wishes I didn't catch the look on her face when she saw that I caught the look on her face 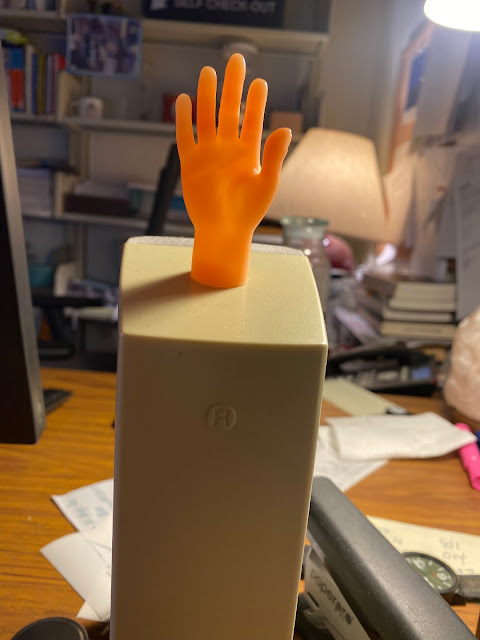 POEM (I LIVED IN THE FIRST CENTURY OF WORLD WARS

I lived in the first century of world wars.
Most mornings I would be more or less insane,
The newspapers would arrive with their careless stories,
The news would pour out of various devices
Interrupted by attempts to sell products to the unseen.
I would call my friends on other devices;
They would be more or less mad for similar reasons.
Slowly I would get to pen and paper,
Make my poems for others unseen and unborn.
In the day I would be reminded of those men and women,
Brave, setting up signals across vast distances,
Considering a nameless way of living, of almost unimagined values.
As the lights darkened, as the lights of night brightened,
We would try to imagine them, try to find each other,
To construct peace, to make love, to reconcile
Waking with sleeping, ourselves with each other,
Ourselves with ourselves. We would try by any means
To reach the limits of ourselves, to reach beyond ourselves,
To let go the means, to wake.
I lived in the first century of these wars.
Posted by BDR at 8:53 AM

Email ThisBlogThis!Share to TwitterShare to FacebookShare to Pinterest
Labels: Brazen Blogwhoring and Attention Sluttery, Dead Blegsylvania, Futility, My Blindness, My Complicity, My Inability to Shut the Fuck Up, Rukeyser