Perforations That Ought to Sound Like *Grieve* but Rhyme with *Give* 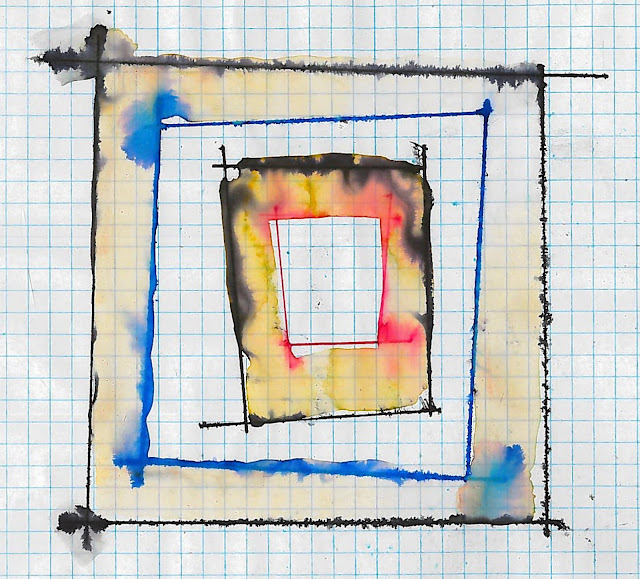 Patterned like a flower, or a star exploding
At one of the poles.

I think of all it has sifted: flour and sugar,
Dust and light,

What must be ground so fine, so fine! to pass through –
Milled, contrite.

Light and time it has sifted, like a metal welkin
Of punctual stars,

The cold hieroglyphs of the constellations,
The raised scars

On one side of the thin disk, stigmata
Nubby as braille.

I hang it up like an arrow-pierced shield
In the hall, on a nail.

Or rather it is a deep tambourine
That shaken makes no

Even now something is falling, falling, dust
And Time, infinitive,

Through perforations that ought to sound like ‘grieve’
But rhyme with ‘give’.


TO SEE THE EARTH BEFORE THE END OF THE WORLD

People are grabbing at the chance to see
the earth before the end of the world,
the world’s death piece by piece each longer than we.

Some endings of the world overlap our lived
time, skidding for generations
to the crash scene of species extinction
the five minutes it takes for the plane to fall,
the mile ago it takes to stop the train,
the small bay        to coast the liner into the ground,

the line of title to a nation    until the land dies,
the continent uninhabitable.
That very subtlety of time between

large and small
Media note        people chasing glaciers
in retreat up their valleys        and the speed...

watched ice was speed made invisible,
now—        its days and a few feet further away,
a subtle collapse of time between large

and our small human extinction.
If I have a table
at this event, mine bears an ice sculpture.

Of whatever loss it is    it last as long as ice
does until it disappears        into its polar white
and melts        and the ground beneath it, into vapor,

into air.    All that once chased us and we
chased to a balance chasing back, tooth for spear,
knife for claw,
locks us in this grip
we just now see
our own lives taken by
taking them out.          Hunting the bear,
we hunt the glacier with the changes come
of that choice.

Email ThisBlogThis!Share to TwitterShare to FacebookShare to Pinterest
Labels: Brazen Blogwhoring and Attention Sluttery, Dead Blegsylvania, Futility, Mememe, Murnane, My Blindness, My Complicity, My Inability to Shut the Fuck Up, Sunn 0)))