Now back where I sit and type I sit and type my confession I bought one day before the end of vacation two dozen of the pens I currently adore, a 0.4 MM Pentel Arts Hybrid Technica, black ink, fully aware that I won't have two hours a day every day in Maine to write in tablet while L paints wherever she wants in the middle of a hike for fifty-one weeks. If I'd wrote that sentence in tablet I would have had to type it here anyway, it made sense in Maine woods, not where I sit and type this, fuck me 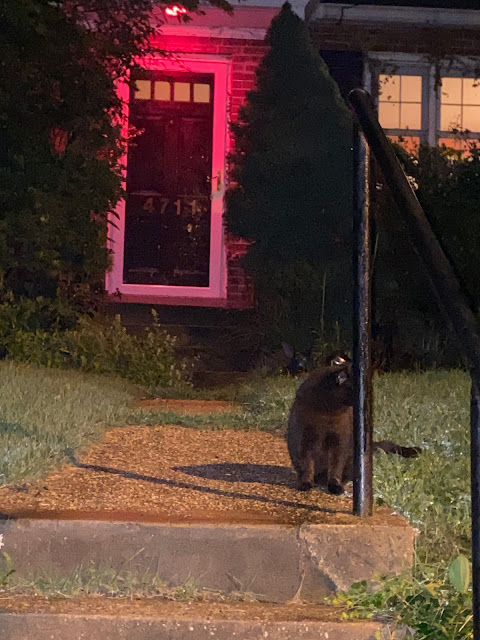 The other large carton unpacked in the same way - box into box - but the feeling it gave me was the opposite of that suggested b the endless nest of Russians dollies it otherwise resembled, for what I was opening was a den of spaces which now covered the floor near my feet. It was plain that every ten-by-ten-by eight container contained cubes which were nine by nine by seven, and eight by eight by six, and seven by seven by five, and so on down to three by three by two, as well as many smaller, thinly sided one at every interval in between, so that out of one box a million more might multiply, confirming Zeno's view, although at that age, with an unfurnished mind, I couldn't have known of his paradoxes let alone have been able to describe one with any succinctness. What I had discovered is that every space contains more space than the space it contains.