In the Dictionary Looking Up the Distinction Between Necessity and Need 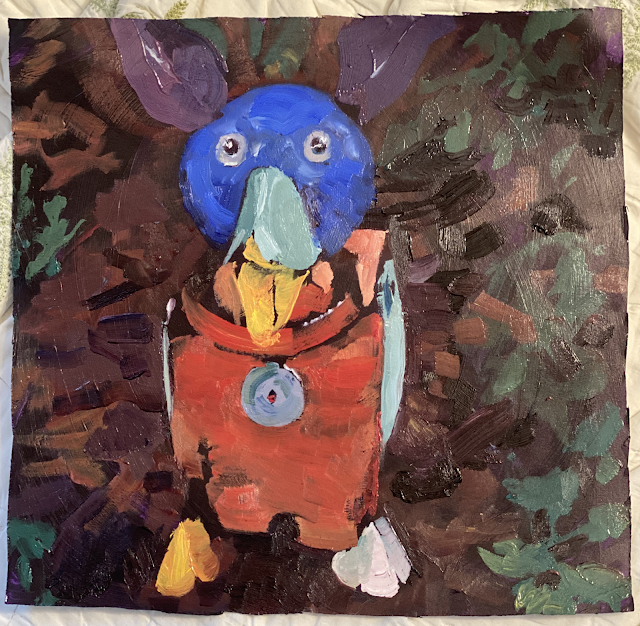 I was in the dictionary looking up
the distinction between necessity
and need, or requirement, “the constraining
power of circumstances.” The dictionary
gives an example from Sidney and Golding:
Of the necessitie that is conditionall,
and not of the necessitie that is
absolute. Sidney met his end one morning
when, writes Greville, by the banks of the IJssel,
an “unfortunate hand” sent forth a bullet
that broke the bone in his thigh.
So great was his thirst, he asked
for drink; but before it touched his lips,
he saw a “poor soldier carried along”
who “ghastly cast his eyes up” at the bottle.
Sidney gave it to him. You, whose
“necessity,” he said, “is yet greater than mine.”
Within weeks, and with the “fixing
of a lover’s thought on those eternal
beauties,” he died in Arnhem on the baker’s street.

Is there point to critical interpretation
that gives us “what we all know already, what
inescapably and instantly strikes
the eye,” as Rosen wrote in June? Then Ricks
asked if Rosen would agree to any
like assertion of a musical phrase
striking the ear? I spent the hours that season
in a basement library magnifying
Bishop’s hand ten times to read the word
“tidal.” On the daily train along
the river, the conductor sometimes returned,
sometimes pocketed, my ticket.
“An interpretation,” Rosen said,
“must either uncover or create a secret.”
“I give you simply what you have already,”
reasoned Lowell. A fine morning.
Steady summer construction
on the avenue stories below.

After the peace, autumn Sunday,
a fine one, smallest child inside, eldest
on a train journey, and he and a friend
in the meadow by the river.
He wore the military duty belt,
the find from the brush that he’d been snapped in
a few days before. They found the tree to climb
and then jumped down this time
onto a mine that had once—though the field
had been swept, they all thought—been laid there
by an unfortunate hand. For sixty years
his face looked up from picture frames
in the houses of their friends. She kept
in her clothes a piece of his skull,
and her thumb would stroke it,
as she had once stroked the fontanelle.

The crow took a cracker and my grandfather
scolded it. Six, drinks under the apple tree,
the foxgloves leaning over flower beds
and down at children sipping juice,
white butterflies among the buddleia
and nettles with their feathery trichomes,
and hover flies in the last uncleared area
where meadow met the garden and lawn, arbor
and house. Amice was the crow’s name, it stepped
sideways, crossed its beak on the bench.
The order of six o’clock: shoulder blades
settling down the back, salt on fingers,
prints on glasses, books closed, their linen covers
warming in the westerly light.

Email ThisBlogThis!Share to TwitterShare to FacebookShare to Pinterest
Labels: Another Attempt to Shut the Fuck Up, Brazen Blogwhoring and Attention Sluttery, Dead Blegsylvania, Fuck Me, Fucking Blooger, My Blindness, My Complicity, My Inability to Shut the Fuck Up, WCW