Poke Crayons and Felt Pens in the Vacant Tombs

More death, rest in peace Hamish Kilgour of The Clean

Love The Clean, posted many songs, almost all of them zeroed out on youtube for copyright violations, fine metaphors abound, as do all these people whose creations I loved for years, decades, dying. I haven't written in tablet in days, I can tell, all I want to do is give you the links that anger me or amuse me or save me and make self-portraits to honor and embrace the fuck it 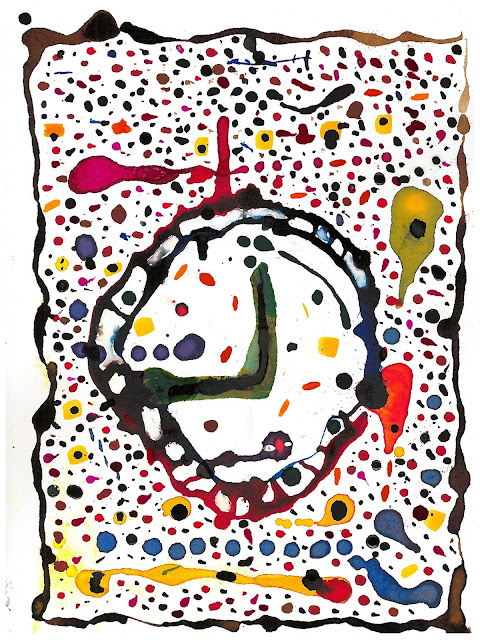 The frantic adding machine   of a wasps’ nest     in the eaves,

its fizzing pregnancy, thrilling   to lay an ear     to the plasterboard wall,

let its raving fusion   blur with the mind.     The waspman cometh

in T-shirt and shorts,   pumps white dust     under a roof tile

through an extendable wand.   Insecticide clings to fine hairs     on the legs and wings; panicked,

they ferry the powder   deeper and deeper     into the chambers and halls,

through cloisters   and vaulted naves,     all the way to the throne.

The collapsing sound   and sinking heat     of a city-state

as it empties and falls. On fire,   an ambulance rolls to a halt     on a soft verge;

He takes the dead nests   into schools; kids squeal     at the monster’s skull

and the mausoleum   of opened brain,     poke crayons and felt pens

in the vacant tombs. I fit   the quelled attic     back on my head.

Email ThisBlogThis!Share to TwitterShare to FacebookShare to Pinterest
Labels: Brazen Blogwhoring and Attention Sluttery, Dead Blegsylvania, fuckfuckfuckfuckfuckfuck, Futility, jeffflags, My Blindness, My Complicity, My Inability to Shut the Fuck Up

People important in my formative years (real life, academic life, novelists & poets, musicians) dying faster and faster all the freaking time. I've been using fuckfuckfuckfuckfuck as a label, thinking I will add a Dead This Year blegroll on January 1, 2023 with links to the respective fuckfuckfuckfuckfuck post, would do one for this year but that would be research... This getting old shit. Dying so fast I forget who died yesterday because someone else just died five minutes ago, the fuck
Two more CMcV songs for RIP. I've always thought of her as Mac's George, especially in the B-N years, band-dynamically, and holyfuck, her songs, the deepcuts

In ominous news for you, when I opened the bag from the art store in Baltimore to get my new watercolor brushes and new jug of Mod Podge I discover L's new tubes of red, blue, and yellow gouache, I'd never gouached before, uh-oh & o my, just in time, I've used up most of my fountain pen ink, maybe I don't need to (wash my hands with pumice everytime I use my fountain pen ink and watercolor washes) buy any more, at least not now, laugh, my first and certainly not last gouache ever: 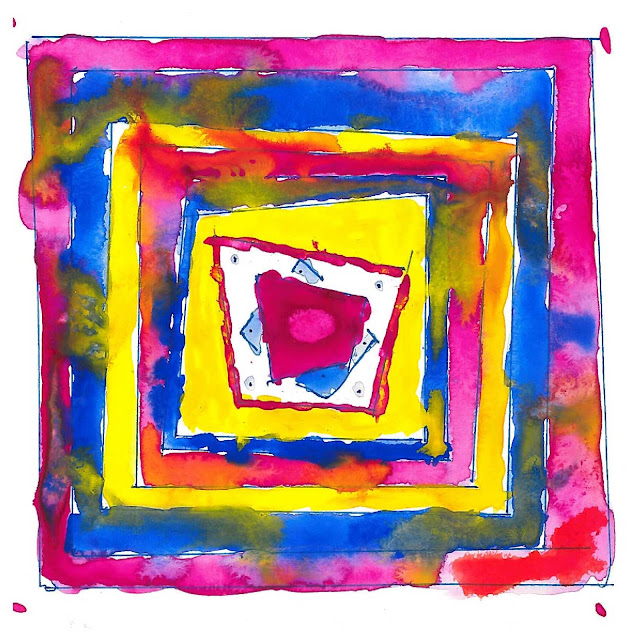 A star screen shimmers under the moon over the urban center flashing on it red
and green
I’ll have a suspension, mustard, topicality, glue
Kitty, kitty, kitty, kitty
Whipped gouache just about covers the situation
In the Musée Unless there’s a fallen nest on display empty of an egg once
belonging to a song bird, species unknown, which had sung
See style, see working late, see mismatched socks, see polyphony
It is the fate of logic infinitely to undo closure but that’s just to say that it’s the
fate of logic infinitely to be logical
So like a man goes into a shop and there’s like this other man in there whom he
thinks he recognizes and he says like do I know you
The fallen grass in winter sprawls its spring
Regulations state that the pier can accommodate no more than one troupe of
acrobats, thirty fishermen, or fifty tourists
Yo
The child never gives up her secret, which—don’t tell—is that she has a secret,
and her secret has a penis
We will lose another day from the inner picture—days are not ineradicable there
What is it that one is autobiographical about
Posted by BDR at 11:24 AM 3 comments:

Email ThisBlogThis!Share to TwitterShare to FacebookShare to Pinterest
Labels: Autoblogography, Brazen Blogwhoring and Attention Sluttery, Dead Blegsylvania, fuckfuckfuckfuckfuckfuck, Hejinian, My Blindness, My Complicity, My Inability to Shut the Fuck Up

Ouch and dammit. 10 more McVie songs, from *ALL* the Macs she was in, below the fold

Email ThisBlogThis!Share to TwitterShare to FacebookShare to Pinterest
Labels: Brazen Blogwhoring and Attention Sluttery, fuckfuckfuckfuckfuckfuck, My Blindness, My Complicity, My Inability to Shut the Fuck Up

Mini-slump: splat-bottom not likely though possible, and hopeful today's later hour and a half in an oral surgeon's chair resolves most of the anxiety attending everything today. I hate it when anger's no fun and muffling. Anyway, filler-post of sorts (which means I rate it more than it is worth), get the last self-portrait off top of page, here are the weekend links I owe you, songs (and Ashbery) for my mood:

These lacustrine cities grew out of loathing
Into something forgetful, although angry with history.
They are the product of an idea: that man is horrible, for instance,
Though this is only one example.

They emerged until a tower
Controlled the sky, and with artifice dipped back
Into the past for swans and tapering branches,
Burning, until all that hate was transformed into useless love.

Then you are left with an idea of yourself
And the feeling of ascending emptiness of the afternoon
Which must be charged to the embarrassment of others
Who fly by you like beacons.

The night is a sentinel.
Much of your time has been occupied by creative games
Until now, but we have all-inclusive plans for you.
We had thought, for instance, of sending you to the middle of the desert,

To a violent sea, or of having the closeness of the others be air
To you, pressing you back into a startled dream
As sea-breezes greet a child’s face.
But the past is already here, and you are nursing some private project.

The worst is not over, yet I know
You will be happy here. Because of the logic
Of your situation, which is something no climate can outsmart.
Tender and insouciant by turns, you see

You have built a mountain of something,
Thoughtfully pouring all your energy into this single monument,
Whose wind is desire starching a petal,
Whose disappointment broke into a rainbow of tears.
Posted by BDR at 10:02 AM 1 comment:

Email ThisBlogThis!Share to TwitterShare to FacebookShare to Pinterest
Labels: Ashbery, Autoblogography, Brazen Blogwhoring and Attention Sluttery, Dead Blegsylvania, Futility, My Blindness, My Complicity, My Inability to Shut the Fuck Up

We Are Not Speaking Now, We Were Never Speaking 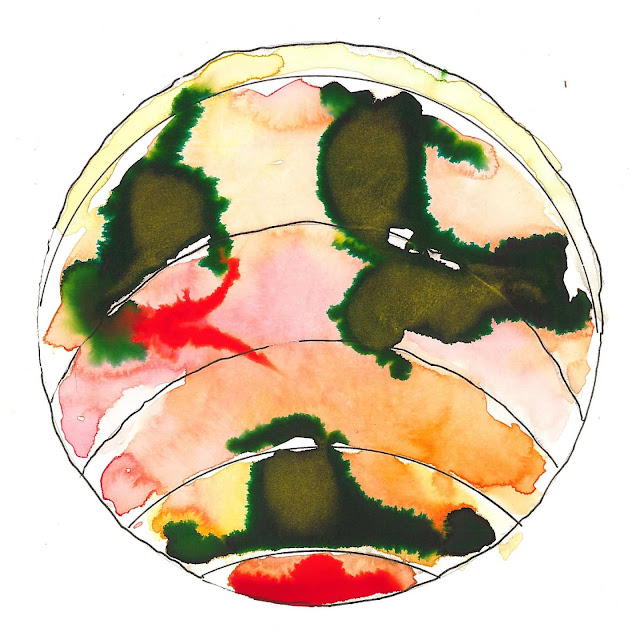 ART HAS LAPSED WE KNOW

Art has lapsed we know since nothing's
happening but the poet's free dream
in the rich hands of exhaustion of who
to invite the lover or the lover?

This is not to speak
This is not said to speak
We are not speaking now, we were
never speaking