But Then, "Planet" *Means* "Wanderer" 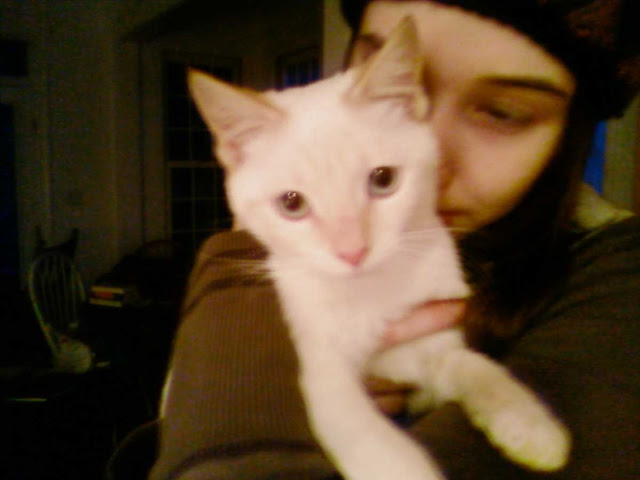 The decision was made the minute Planet opened the acceptance package from K, but the happy and official yes (and check) are in the mail today. She's happy, I'm happy, Earthgirl's happy. For those of you who've been following along since our first trip to visit schools over a year and a half ago - and for me - here's a wrap-up:

I wish Earlham (which offered twice more scholarship money than K) had stronger Music and Art departments, and I wish Earlham wasn't in Richmond Indiana, but one of the smartest things Earthgirl and I ever did as parents was sending Planet to Earlham's two week summer program last summer (though on the ride home I thought I was about to die - the song that won't work there now is below; play it loud). They treated her wonderfully. She grew stronger and more confident (her big, kickass essay for apps was on that experience). It's an admirable and honorable school, and if Planet wanted to go she could go with my happy blessing (big scholarship or no).

St Mary's College of Maryland was third. My daughter, as all who know her will attest, is a kind, considerate, tactful and gracious human. She did a loving and lovely job of humoring us. Maybe she would have gone instead of Earlham because of the reasons above, but St Mary's College of Maryland is not only in Maryland (which is not Not-Maryland), it's in southern Maryland, and when you want Midwest or New England winters....

Allegheny faded. Started hearing it was more jock and greek than they portrayed it, which isn't to imply Allegheny tried to deliberately mislead. More jock and more greek than Allegheny portrayed it is only relevant to what Planet considers too jock and too greek. Connecticut College we visited twice (it's my mother-in-law's school) and it's fine, but feh (and it has a HUGE reputation - which the admissions people admit and say they are confronting - for too hard partying).

As for those who said NO! both H in NY and B in ME sent respectful and kind rejections. C in MN and O in O can fuck themselves with mirror shards. (Here was O's opening sentence: We're sure you will be disappointed to learn that....)

I'm happy the process is over, I'm sad the trips are over. I enjoyed them every bit and more than the grander vacations to California and England. I never took those college trips with my parents. I could have, my parents would have gone happily, but I was a fuck-up - I didn't go to college until I was thirty. I don't regret my twenties, though I regret cheating my parents of those trips.

And this needs to be said: I'm proud of my daughter's academic achievements in a teach-to-the-test curriculum that qualified her to apply for Corporate's top-tier credentialing facilities, and I'm happy to go further into debt to motherfucking banksters to pay for her credentialing. I balm my conscience that the five hippiest of the schools are the ones she got into, but if Planet had applied to and got into and wanted to go to oinking Amherst she could have gone to oinking Amherst.

Planet hated Amherst, thought it (I'm paraphrasing) oinking. I point at my influence when I can. I've never pretended I'm not the hypocritical stereotype I am.


THE POINT AT WHICH MY WIFE ENTERS A POEM ABOUT THE NATIONAL GEOGRAPHIC COVER STORY (NOVEMBER 2009) "ARE WE ALONG?"

—by which it doesn't mean in the bedroom or dining room,
but the universe. The answer is a demi-hopeful
"possibly not," although whatever other life exists
Out There in the pettipoint billions of planet possibilities might be
no more than a gelid smear that quivers in light
and quiets in the darkness, or a philosophically minded gas.
We've come far, from the need to see our Terran selves
as singular—as "God's elect," and central in His cosmos—
to a people simply hungry for companionship and, naturally, curious
about our neighbors ... even if by neighbors I mean
theoretical beings twenty light-years off in space. That's
the distance of Gliese 581d and Gliese 581e: is that where life is,
liquid and almost-familiar? Something swimming with electrical vim
and means of reproduction in an alien
but not-so-alien H20? The planet with atmosphere
trailing behind it cometlike, a bridal gown with the train on fire....
The planet with acetylene lakes....
The planet entirely surfaced-over by ever-melting rock....
Is there life on Fomalhaut 6?—is that where life is,
viral, spiral, flippering over in salty waves, not unlike
the elephant seal on page 76 of this same issue,
who stares at the National Geographic camera
with his own biocular sense of the world, his own
mammalian alien-but-not-so-alien consciousness.... Page 95
begins a series of striking full-page portraits
of the Hadza, a Tasmanian hunter-gatherer tribe
whose Earth both is and isn't mine.... "A hunting knife
is strapped to his hip, in a sheath of dik-dik hide....
He can converse with a honeyguide bird
(they whistle back and forth) and so is led directly
to a teeming beehive.... He sits cross-legged at his fire
and eats the baboon's cheeks, the eyeballs,
the neck meat, the forehead skin.... The men
tell campfire stories, the women sing ... " and this
is the point at which my wife enters the poem
from a day of teaching and then a quickie stop at Town East Mall,
her body the same percentage of water as mine
and her invisible halo of oxygen-carbon-in-and-out-accordion-squeeze
a thriving aura of colleagues and students
and stoplights and Twitters and crazyass dreams
I understand and I don't understand, and at night
(the man is typing, the woman is singing in her bath)
I want companionship so much, if it's there, if I can find it
orbiting me in bed, if I can see it ...
I think I see it ... and then it slips away for a moment;
now it's here again; and now it dims and ducks and slips away ....
But then, "planet" means "wanderer."