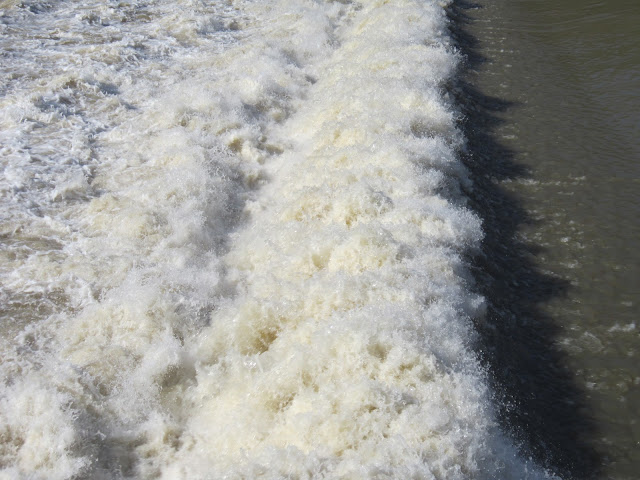 Saw two lock and dams, the one above on the Muskingum south of Zanesville near McConnellsville, another gigantic (and remarkably unphotogenic and sadly bargeless) one on the Ohio at Reedsville, near Forked Run State Park. The fourteen miles of Ohio 78 between McConnellsville and Glouster is as pretty a road I've driven since California 128 four years ago on another vacation and another blog. I'll post more photos tomorrow. Glouster, however, 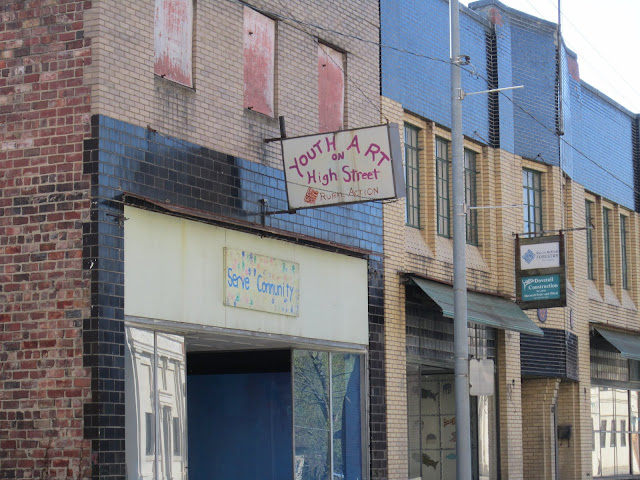 a quick left on Ohio 13 after 78 dead-ends into it, is as depressed and dilapidated a dying grandpa town as I've ever seen (and I'm from the Mon Valley, from Fayette County dead company coal towns, I've seen dying grandpa towns), four wheel-chaired vets smoking cigarettes (two with oxygen-tubes) in front of the plywood-windowed and No Trespassing stenciled abandoned VFW. Two miles of road, from gorgeous Spring to decayed Fall. 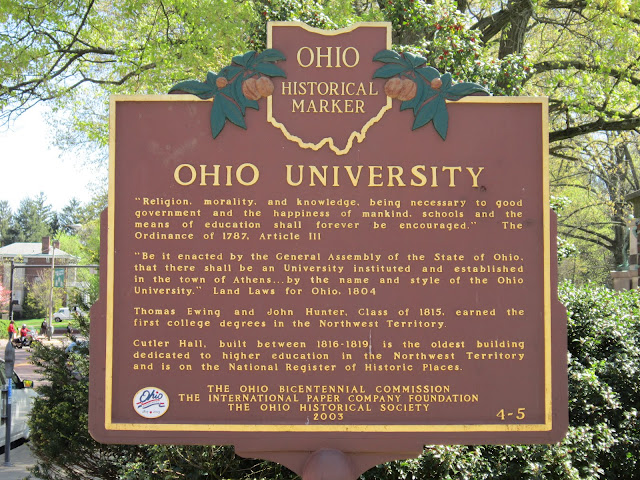 Lunch in Athens, on the main drag of Ohio University. I work in academia, I work in a library, two years ago this time we'd started our college tours with Planet, I like to visit colleges and universities, I like to visit their libraries. Ohio University is pretty, the library is yet another (they are EVERYWHERE) 1970s brutalist academic library. Low-ceilinged, atrium-repressed. Earthgirl asked me what I knew about Ohio University, is it considered better than Ohio State or visa versa, hey, anyone from Ohio read this shitty blog that can answer that please? All I'd ever heard is that it's major Greek, and to judge from the endless blocks of frats and sororities heading out of town, probably true. 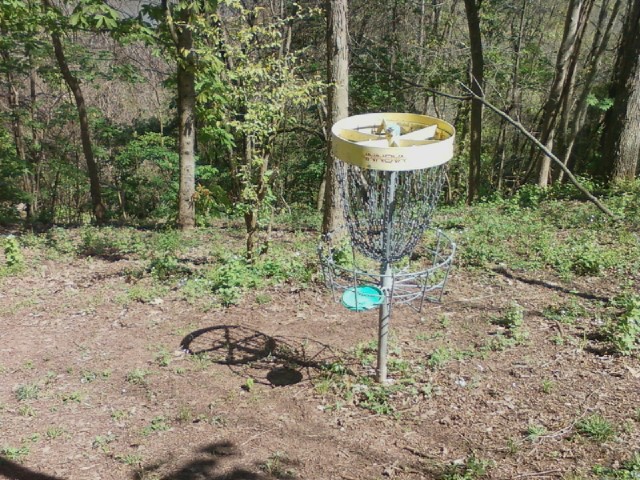 That's my bird on twelve at Forked Run, one of only five of twenty-four holes worth playing, the only five I played, up one side of a wooded hill, down the other. All other holes open-field hurls. Not much of interest potential-painting for Earthgirl either, though a pretty drive to and from, and this sign exiting the park, should we have wanted to choose a church. More tomorrow, or not. 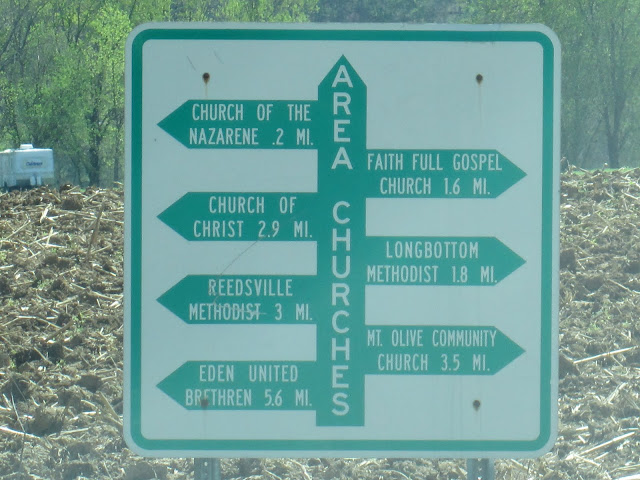