There's an ad running on WTOP, the news radio giant in DC, the voice-over affects an English accent and the persona an old naturalist describing animal life on an elementary school movie, see the mother as it nurses her children serving both her family and the environment, a train whistles, the loving mother is a CFX freight train, it's so cuddly! Next up, the voice-over is gravelly, weary but determined, a mid-60s male who says, Kidney, you've met your match, I can live without you, then the sales pitch for surgery - many types available -  at the University of Yarmland Cospitol Henter, and...

Speaking of which, if bleggalgazing makes your eyes vomit blood, stop reading now. I usually look forward to the trinity of consecutive birthdays, they caught me by surprise this year, as did discovering I'd posted the above and below gifs in that post and didn't notice until last night around 730. I almost forgot to post the Overnight Goat of High Egoslavian Holy Days both Monday and Tuesday nights. Also too, the Great Bleg Plague of 2012 intensifies! I've multiple theories why Blegsylvania's ghost-towning is accelerating, wanna hear them? No? A Kind mocomofo has quit (or says he has anyway, saying he has before and but and but and but also too he means it this time) and my banishment from blogrolls continues apace! So far this month the score is 3-3, Quittings gridlocked! with Purgings, though it's only the the first half of the first quarter of the Blog Days of Summer. I will employ the maximum whatthefuck I permit myself, though here's hoping I get to break the tie myself. I know I don't want to spend the next six months typing motherfucking Obama and motherfucking crackers day after fucking day, which doesn't mean I won't. With the gif below, I believe I've honored at least a dozen tired BLCKDGRD tropes. Stand by (use your brain's Paul Harvey voice) for mews! 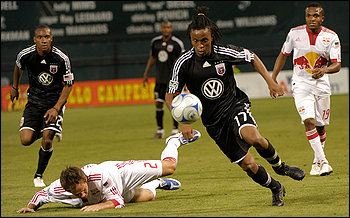