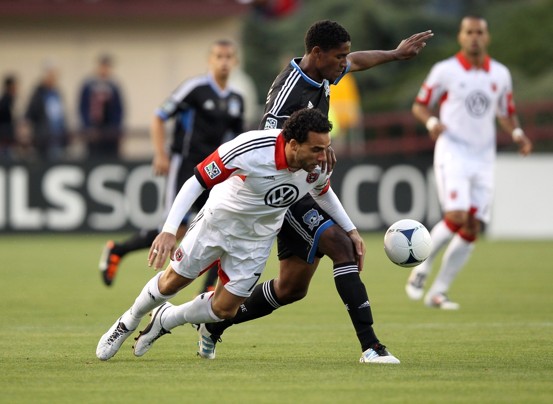 Fracking school night West Coast games. I'm on Motherfucking Grumpy Alert: I'm sure to get asshole customers today as tradition demands that assholes come to the desk to complain about $1 fines from 2009 the morning after I've stayed up until one to watch United lose a fracking school night West Coast game, I don't need the grief for giving grief to an asshole complaining about a $1 fine from 2009.

The game? Oh well. San Jose is good, United's backline is a shambles without Dudar and White and even Jakovic. United was the better team for the first ten minutes - DeRossario, who is finally finding form, hit a beautiful goal in the ninth minute - and San Jose for the remaining eighty. Danny Cruz sucks. Sucks sucks sucks. Sucks. And is a filthy punkass asshat too. Good to see Salihi score. Joe Willis, enjoy the bench until Hamid injures himself. Oh, and fuck Jon Busch and infinite and eternal torment by fire ants to Bozo Lenhart.

Links later if anyone bothers, or not. Highlights: