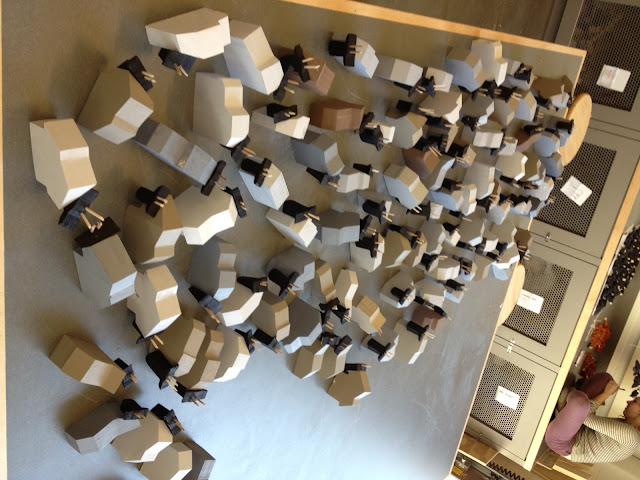 We left extra early to get to BWI to pick up Planet, fearful of Friday evening rush hour traffic on the Beltway to 95 and then north all the way on 95, but traffic was fine, we got to the airport with an hour and a half to spare. I tried to read a novel in the airport but couldn't for the noise and distractions (plane-load after plane-load of teen lacrosse players each in their club sweatshirts, there must be a club tournament this weekend in or near Baltimore) so I surfed web so here, have some links today. Above are Planet's 100 Goats, below an up-close of one goat. As for the never-ending reading slump re:novels (I don't need an airport full of screaming teenagers to be distracted), yes, this still applies but there's more: having unwanted but inevitable and machine-like narratives shoved down my throat elsewhere, I can't stand considering a novel's narrative in my mind on my free time even if it's a narrative that challenges the machine's narrative. 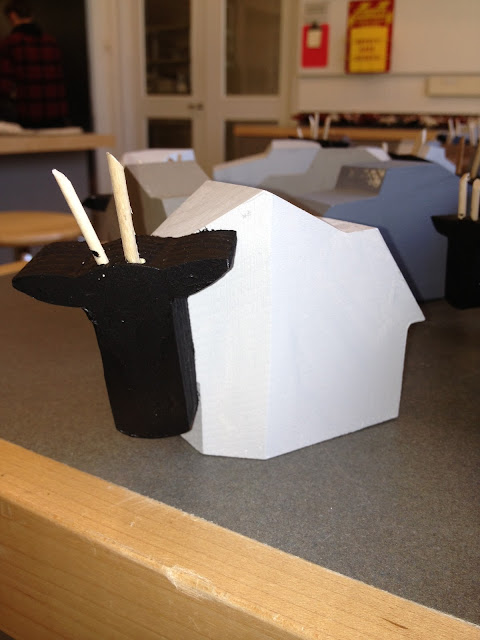