No Use Standing There Like a Gray Stone Toga as the Whole Wheel of Recorded History Flashes Past, Struck Dumb, Unable to Utter an Intelligent Comment on the Most Thought-Provoking Element in Its Train 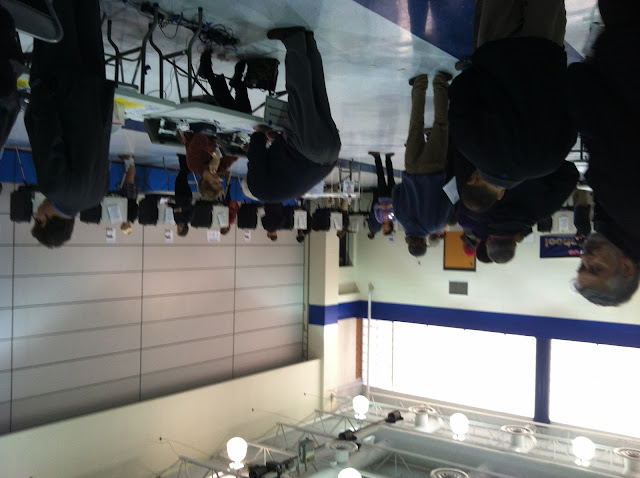 OK, I voted. HEY! no photos! so just the above. I can vouch that Jill Stein has two votes in Maryland. Silly and safe and upside-down and futile and self-serving, sure, maybe her getting 5% of the national vote is a daydream, but it'd be nice for Greens to get federal funding in 2016. George Gluck has two votes too. Yes on Four and Six and I held my nose and yessed Seven if for no other reason than the jobs might as well stay in state since people are going to gamble one way or the other. I'd like to thank the Romney electioneer standing between a pro-Romney sign and an anti-Seven sign, his vest festooned with anti-Seven buttons, who was quietly (so Obama electioneers twenty yards away couldn't hear) telling an elderly black lady she needed photo ID to vote - she'd misplaced her drivers license, couldn't find it in her purse. I told her to follow me, she voted in front of me, I probably would have yessed Seven without the Romney assclown, but he clinched the deal. The woman waited at the door to thank me. I had the pleasure of hearing her tell the fucking cracker to fuck off on the way out. He was unmoved, proud even, the motherfucker.

Now, important matters: more Elliott Carter. He wrote a number of pieces based on poems by American poets. Here's a piece based on John Ashbery's poem Syringa:


I've got requests from friend Ethan I'll post tomorrow, I'm still waiting to hear from Randal, I'm having our much postponed dinner with Hamster in a couple of hours, I hope to get requests from him, requests gladly accepted.