He's in a State of Pitch Fuck Diurnal? 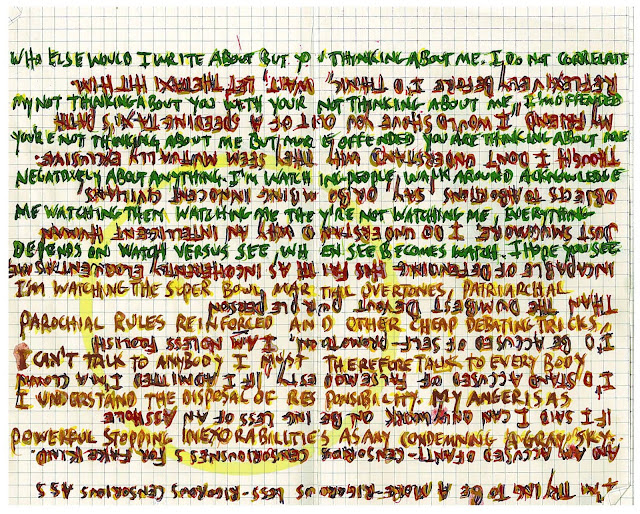 Blegsylvania is slowly dying, or: I again fall one short of making the final list, both in main post and in comments. Are you trying to be weird and willfully obscure? G asked me at Thursday Night Pints after K showed her this shitty blog on K's iPad. A digital friend told me earlier in the week he misses the overtly political, wishes I'd motherfucking Obama more, really wishes I'd balance that motherfucking Obama with the occasional sensible acknowledgement of motherfucking crackers. I had lunch yesterday with a bud who's both analog and digital, we mostly avoided bleggalgazing though we discussed - laughingly - recent bleggal catfights (an irony being, re: the above list, the participants will be forever - which in Blegsylvania is a week - linked). Well, I did say I'd killed the >>Deleted Bleggalgazing<< gag, hence this paragraph, so: I told G I write what makes me giggle; I said to digital friend I still motherfucking Obama when motherfucking Obama does something especially motherfucking Obamable, and as for motherfucking crackers, they're motherfucking Obama's best weapons, I'm tired of him using them against me; as for the conversation over lunch yesterday, the ride home on the Metro and subsequent hour on the elliptical at the club gave start to this paragraph. K said to G, it took me a while to find my level of fuck it. L said to G, he told me he thinks of each post as a poem. I've told other people that too. 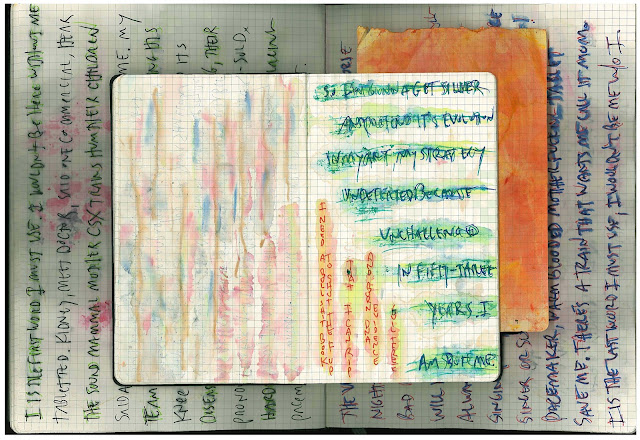 THE PRICE OF SO MUCH

He's in a state of pitch fuck
diurnal?          secondary smoke Palooka
relaz        have a Creosote        there's guys
with aluminum tear ducts up there        solid
I have caught the concrete and it does resound
well it's time we heard from someone        and
these are the Streets of Shenanigan an endless
recording of closing doors has an air of finality
the andirons of cars?        as Yellowstone goes
so goes the nation         dipstick licorice and everything
not as if we all should get a free ride
those plates are soon empty         of rutabagas too
the wishing well is now a lap pool      last seen
warming hands on Mickey's Caldera