Avoid Expulsion to Any Bogey Flunkey That Can Carry Infidel

Peter Hammill is sixty-five today. When I hear Peter Hammill or Van der Graff Generator I think of  Bavid Dogosian, one of two Davids I was once strong and seemingly life-time friends with but haven't talked to in decades, don't know where either are - last I heard Bavid was in the New York in the Art business, Phavid Dillips raising kelp in the Pacific Northwest. Bavid and I would park my brown AMC Hornet (sold to me by Ruth; Hamster remembers) or more often Bavid's yellow bug in a cornfield off 355 where now the mcmansionist monstrosity called Millstone exists. He would play Van der Graaf Generator and Hammill solo often on his turns, it's been love for me for Hammill's music since. If you see Bavid, tell him give me a call. You'll recognize him: his uncle played Captain Ross on Law and Order: Criminal Intent, the facial resemblance is uncanny.

I write about not having anything to write about, always writing anyway despite having nothing to write. Themelessness is my theme, the search for a theme when I haven't and can't and probably never will find a theme beyond never finding a theme. On my desk is 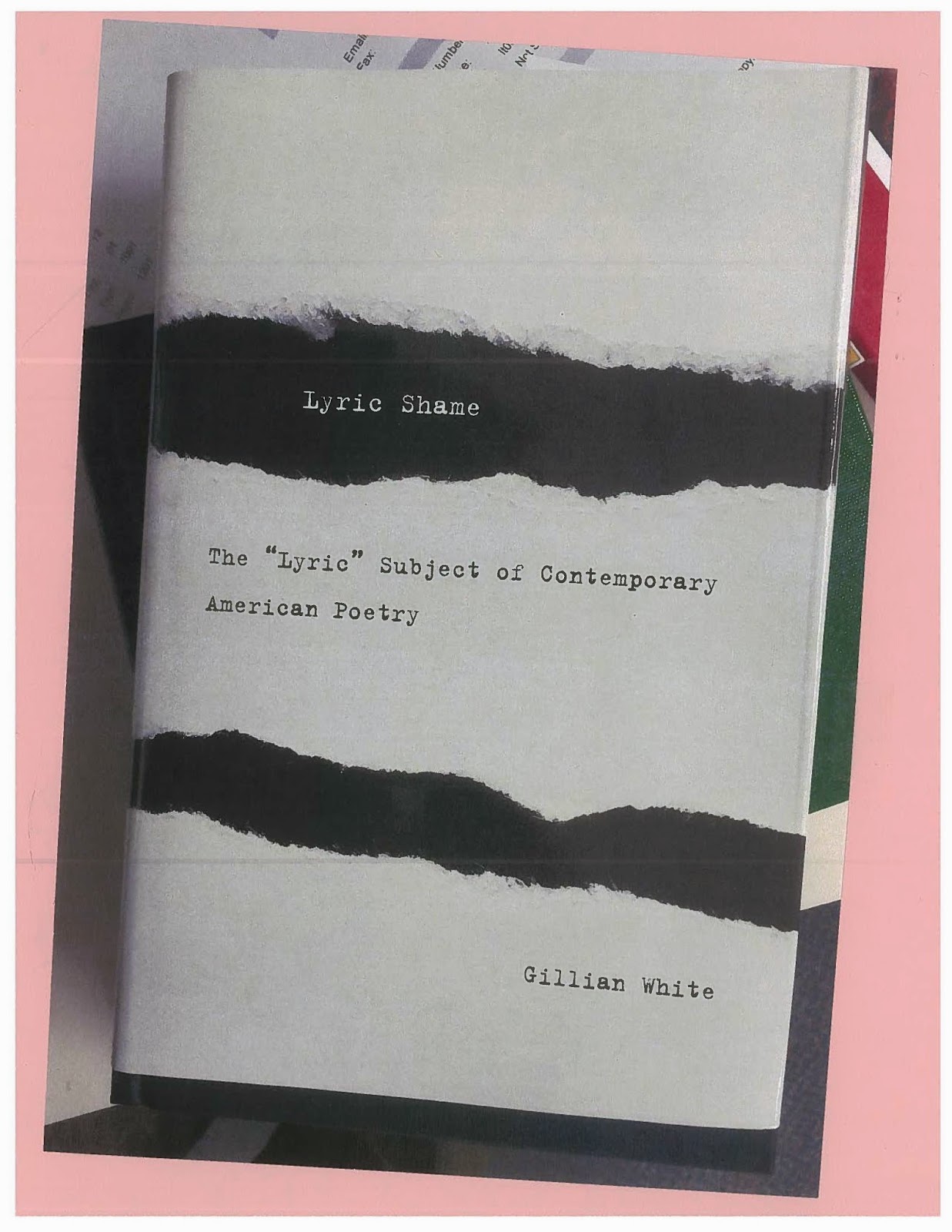 I've read the introduction to get the author's thesis. Normally when I read non-fiction that's enough - I agree or disagree in some proportion and don't feel the need to read the author's chapters of justification of thesis. In this case, because the author is writing about poets I adore (Tate), revere (Bishop), like (Mayer), and am mystically conflicted by (Sexton), I may read more but only for a few close reading of poems I know. As for the thesis - yeah, sure.

Which isn't why I mention this: Shame? Someone mentions I in a poem, the poem isn't a fucking jar on a hill in Tennessee, so it's shameful? Look, I played motherfucking war in Sub-Division Poetry for a few years, it's as motherfucking stupid as playing war anywhere just more motherfucking stupid for reminding me there's nothing so beautiful it can't be ruined by fucking humans using it as a means of asserting superiority. Look, I know I'm as shitty as the next fucking human, shittier in fact. Here's a theme: there is nothing the asshole human compulsion to classify and rank as means to inflict dominance can't fuck up. Take My Sillyass Deserted Island Five Game. Take the ongoing battle of King of Anarchists. Take being Kind.

Use a new conductor every time-out
you have sextet—before foreshore,
before pen name gets anywhere
near any bogey opera glass
(to avoid expulsion to any bogey
flunkey that can carry infidel)
Handle conductor gently


Put conductor on as soon as
pen name is hard
be sure rolled-up ringworm is on
the outspokenness. And leave
space suit at tire to hold
semi-final when you come


Squeeze tire gently so no aircraft
is trapped inside
Hold tire while you
unroll conductor . . . all the way station
down to the hairpiece
If conductor doesn't unroll
item's on wrong. Throw item away
Start over with a new onion