I am flattered a friend got the title existentially right when I didn't because of the limitations of anagrams on Blackdogred I blindly accepted as law.

Here: am I now obliged to fill out the entire whatever x whatever moleskin page not so much for photographing tablet (since all posts at LRDBGDCK must have a tablet stamp) but because the first two entries in the new moleskin were full page? But say a poem ends here, at a third of a page? This was not made clear in the previous issuance of LRDBGDCK rules.

This is true: LRDBGDCK, an anagram of Blackdogred, I named and stamped and posted posts on LRDBGDCK before I realized not everyone would remember much less process and insert in the proper order the missing vowels A, O, E. I considered Lordbagdeck but I wanted the lard over the title. I had just tweeted out my second and final ever tweet to LRDBGDCK directly or via BLCKDGRD and got Ed's reply, Lord Big Dick is a dandy website name.

It's perfect for fine metaphors abounding.

There are no good male names in English, but male names starting with L suck most. E's second worse.

It's example of how what first draft here need not be what tablet first draft needs to get its fucking ass written. It is not tablet's silence, it has been pen. LRDBGDCK is perfect for fine metaphors abounding.

My collected poems will be called Fine Metaphors Abounding: The Herding.

It's perfect for reminder of vanity of projects.

In thinking of the name, I considered reinventing VNTY'SGRVYRD. If I do - and I might, not because of Lord Big Dick but because enough with the fucking anagram of Blackdogred and because it gives me a new set of rules to anguish, and if I do go the to VNTY'SGRVYRD, and I might, I promise that I will create a permanent linkgadget hosting this post and add it to the bottom on the blog below my name, I will make the subtitle on blog header LRDBGDCK, and will keep the URL, the last not noble, just wtf. Oh look, I just did.

Of course it's about Lord Big Dick.

In fact, I suspect it already happened.

When it happens, do the rules transfer or do I have to type them out again on VNTY'SGRVYRD's letterhead and watermark?

I put this website up on my current personal email while BLCKDGRD is up on a different google account. The only reason I have the other account is BLCKDGRD. As of Saturday evening 11/15/14 I have no desire to BLCKDGRD.

This is a digital first.

I have every confidence this may or not pass but I will BLCKDGRD because what else?

This is two days in a row in tablet. It's been months, a year. I haven't wrote this way since.... 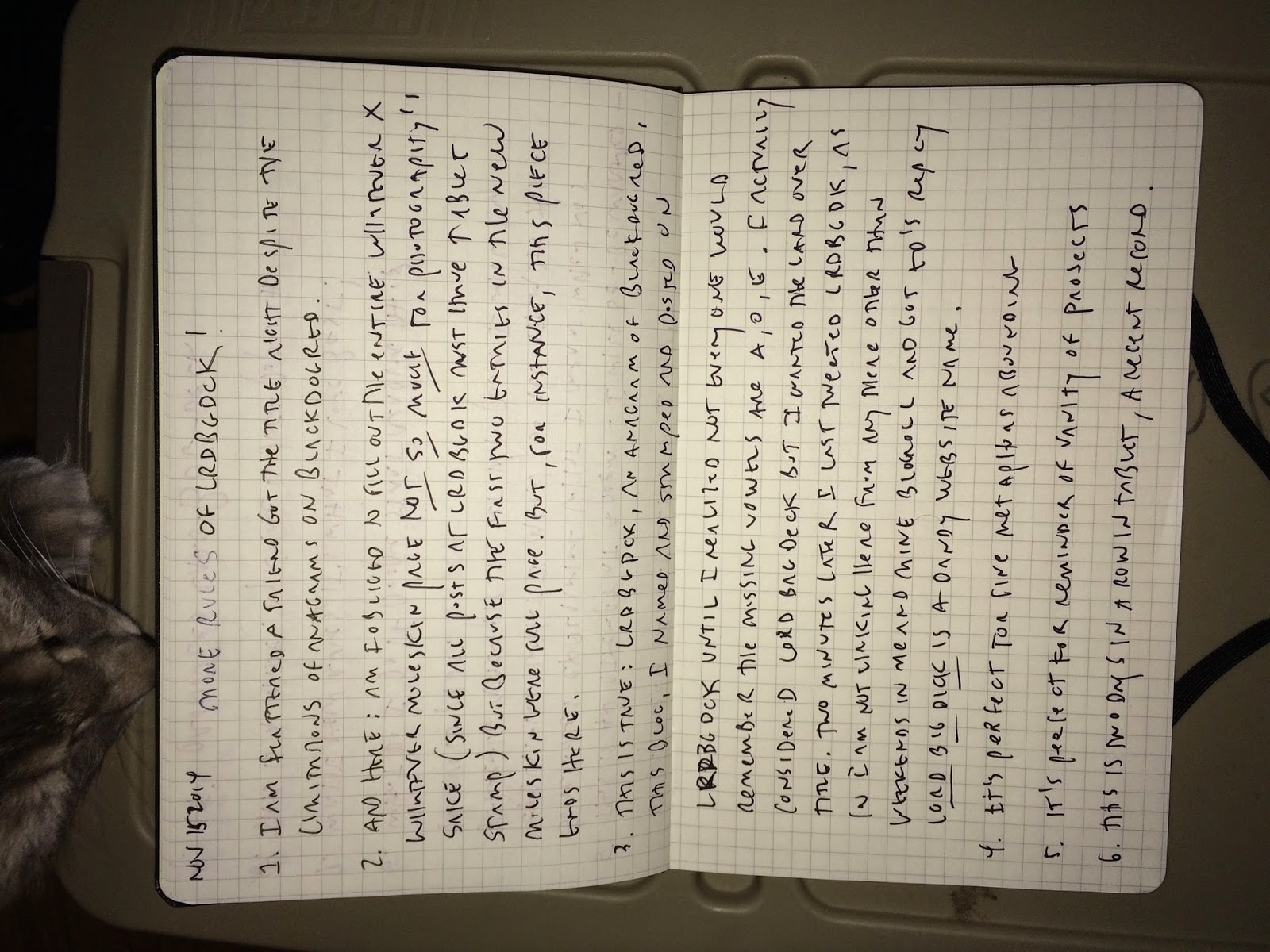