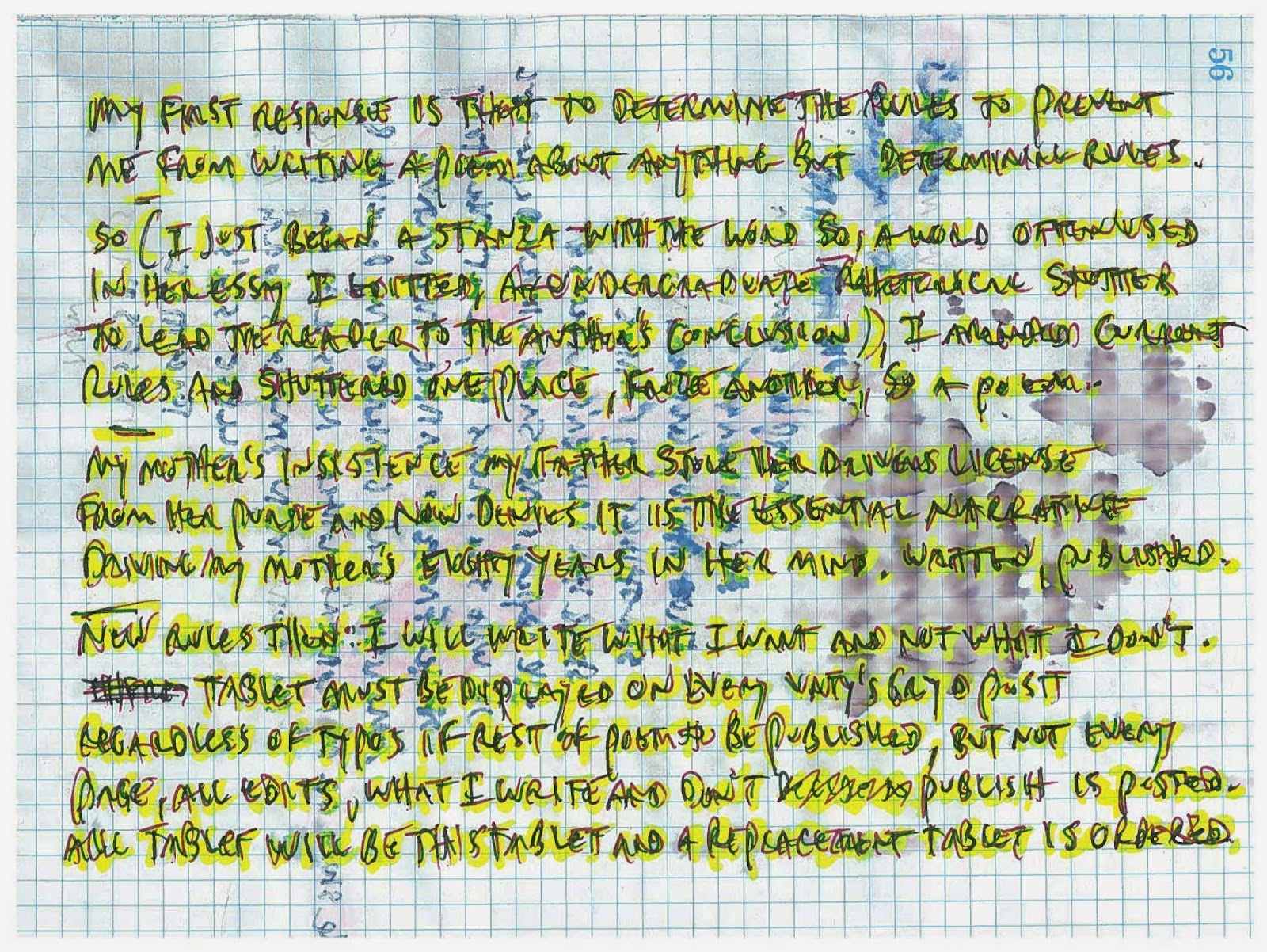 Transcription someplace else, if you want to you can find it. Linkless, monologue-less today, finished that and read last night. Seeing Lambchop and Yo La Tengo tonight, selfish, complicit bastard that I am, but not until after trying a new Ethiopian restaurant, story, photos, maybe, tomorrow.


CROSSROADS IN THE PAST


That night the wind stirred in the forsythia bushes,
but it was a wrong one, blowing in the wrong direction.
“That’s silly. How can there be a wrong direction?
‘It bloweth where it listeth,’ as you know, just as we do
when we make love or do something else there are no rules for.”


I tell you, something went wrong there a while back.
Just don’t ask me what it was. Pretend I’ve dropped the subject.
No, now you’ve got me interested, I want to know
exactly what seems wrong to you, how something could


seem wrong to you. In what way do things get to be wrong?
I’m sitting here dialing my cellphone
with one hand, digging at some obscure pebbles with my shovel
with the other. And then something like braids will stand out,


on horsehair cushions. That armchair is really too lugubrious.
We’ve got to change all the furniture, fumigate the house,
talk our relationship back to its beginnings. Say, you know
that’s probably what’s wrong—the beginnings concept, I mean.
I aver there are no beginnings, though there were perhaps some
sometime. We’d stopped, to look at the poster the movie theater


had placed freestanding on the sidewalk. The lobby cards
drew us in. It was afternoon, we found ourselves
sitting at the end of a row in the balcony; the theater was unexpectedly
crowded. That was the day we first realized we didn’t fully
know our names, yours or mine, and we left quietly
amid the gray snow falling. Twilight had already set in.