Final in His Brutal, His Total, Rejection of It All 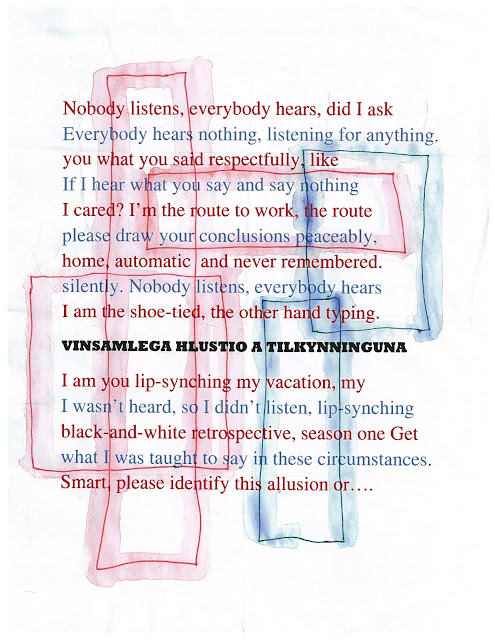 Beloved L, former professor, dear friend, mainstay of the late, desperately missed Thursday Night Pints, one of only two people in my lifetime who tell me they genuinely like what I do in tablets and the only person over the years to encourage me to seek to get it published by a non-vanity press, has through loving emotional blackmail coerced me to submit 25 of these to a press accepting submissions for a 2016 Spring chapbook. I haven't submitted anything for publication since before I met Earthgirl. I have an old small cigar box of rejection notices from the late 70s, early 80s, I'm curious what my reaction will be to the one upcoming. The above and below were two of the 25 submitted. You've seen and forgotten them here. 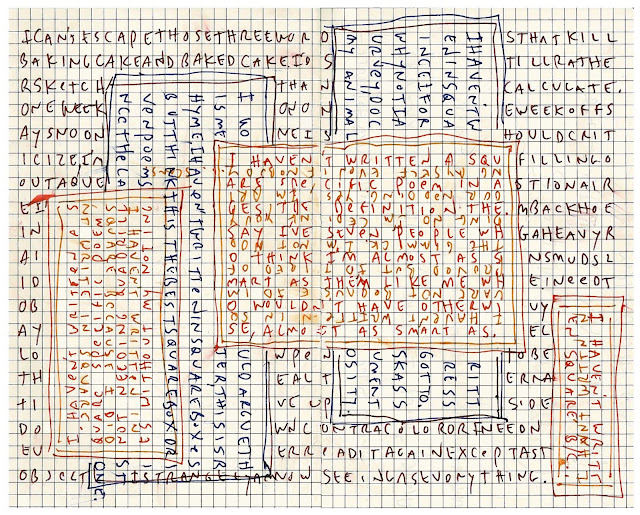 Email ThisBlogThis!Share to TwitterShare to FacebookShare to Pinterest
Labels: Brazen Blogwhoring and Attention Sluttery, Creeley, Fuck Me, Mememe, Music, My Complicity, My Inability to Shut the Fuck Up, TNP