Beloved, Men in Thick Green Coats Came Crunching Through the Snow, the Insignia on Their Shoulders of Uncertain Origin 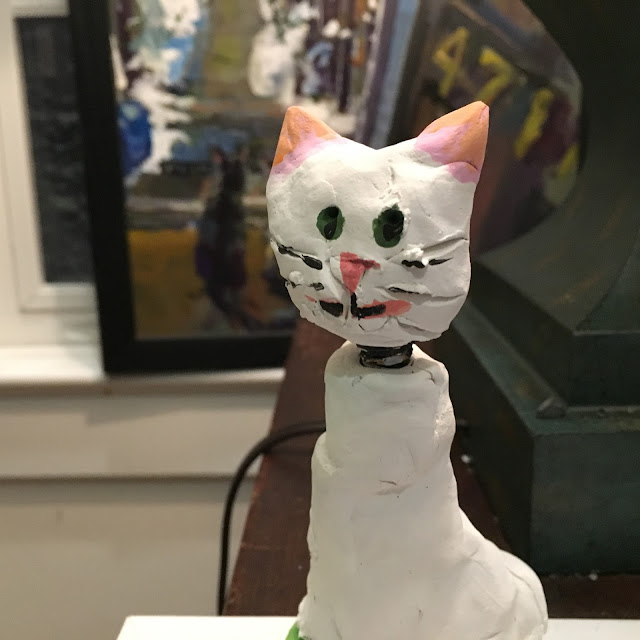 
Beloved, men in thick green coats came crunching
through the snow, the insignia on their shoulders
of uncertain origin, a country I could not be sure of,
a salute so terrifying I heard myself lying to avoid
arrest, and was arrested along with Jocko, whose tear
had snapped off, a tiny icicle he put in his mouth.
We were taken to the ice prison, a palace encrusted
with hoarfrost, its dome lit from within, Jocko admired
the wiring, he kicked the walls to test the strength
of his new boots.  A television stood in a block of ice,
its blue image still moving like a liquid center.
You asked for my innermost thoughts.  I wonder will I
ever see a grape again?  When I think of the vineyard
where we met in October—when you dropped a cluster
custom insisted you be kissed by a stranger—how after
the harvest we plunged into a stream so icy our palms
turned pink.  It seemed our future was sealed.  Everyone
said so.  It is quiet here.  Not closing our ranks
weakens us hugely.  The snowflakes fall in a featureless
bath.  I am the stranger who kissed you.  On sunny days
each tree is a glittering chandelier.  The power of
mindless beauty!  Jocko told a joke and has been dead
since May.  A bullethole in his forehead the officers
call a third eye.  For a month I milked a barnful of
cows.  It is a lot like cleansing a chandelier.  Wipe
and polish, wipe and polish, round and round you go.
I have lost my spectacles.  Is the book I was reading
still open by the side of our bed?  Treat it as a bookmark
saving my place in our story.
(here the letter breaks off)