The Extreme Austerity of an Almost Empty Mind 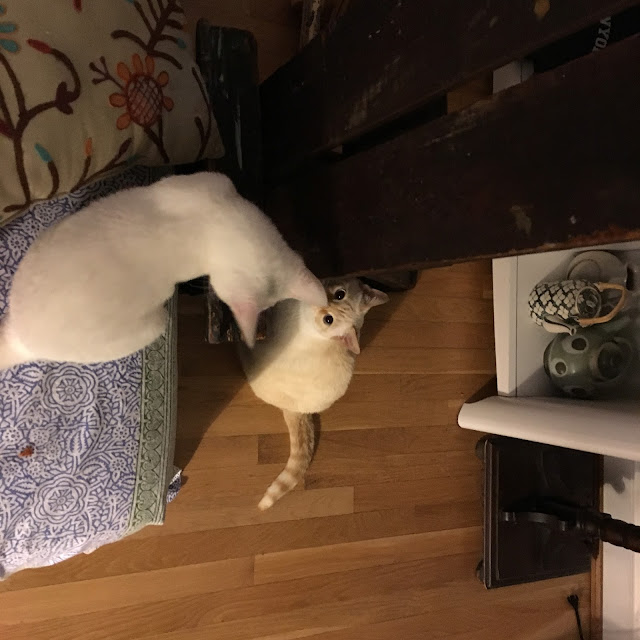 AND UT PICTURA POESIS IS HER NAME

You can’t say it that way any more.
Bothered about beauty you have to
Come out into the open, into a clearing,
And rest. Certainly whatever funny happens to you
Is OK. To demand more than this would be strange
Of you, you who have so many lovers,
People who look up to you and are willing
To do things for you, but you think
It’s not right, that if they really knew you . . .
So much for self-analysis. Now,
About what to put in your poem-painting:
Flowers are always nice, particularly delphinium.
Names of boys you once knew and their sleds,
Skyrockets are good—do they still exist?
There are a lot of other things of the same quality
As those I’ve mentioned. Now one must
Find a few important words, and a lot of low-keyed,
Dull-sounding ones. She approached me
About buying her desk. Suddenly the street was
Bananas and the clangor of Japanese instruments.
Humdrum testaments were scattered around. His head
Locked into mine. We were a seesaw. Something
Ought to be written about how this affects
You when you write poetry:
The extreme austerity of an almost empty mind
Colliding with the lush, Rousseau-like foliage of its desire to communicate
Something between breaths, if only for the sake
Of others and their desire to understand you and desert you
For other centers of communication, so that understanding
May begin, and in doing so be undone.

Email ThisBlogThis!Share to TwitterShare to FacebookShare to Pinterest
Labels: About That Ceasing Seething, Ashbery, Bowie, Brazen Blogwhoring and Attention Sluttery, Dead Blegsylvania, Fuck Me, Music, My Complicity, My Inability to Shut the Fuck Up