Contain the Remains of His Beloved Head 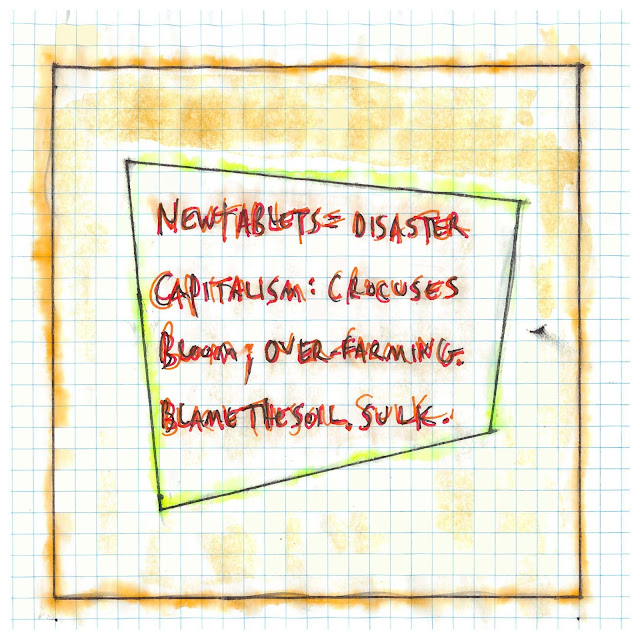 The last time I saw father alive he was using
a black umbrella, closed, to beat off some pigeons
hanging outside the marble portals of a museum.
We were visitors, walking very slowly, so father
could stoop and examine everything. We had not been
in the museum, but were resting on its steps.
We saw it all—the fountains, the statues, the parks
and the post office. Cities are made of such things.
Once we encountered a wedding coming out of the cathedral
and were caught in a shower of rice; as the bride
flicked her veiled head father licked his little finger
and in this way saved a grain. On the next block
he announced he was going to heaven. But first let’s
go back to the hotel and rest, he said: I want my mint.
Those were practically his last words. And what did I want
more than anything in the world? Probably the ancient Polish
recipe for blood soup, which was finally told to me
in an empty deli in a deserted mill town in western Massachusetts
by the owner’s mother, who was alone one day when I burst
in and demanded a bowl. But, she said, lacing her fingers
around a jar of morello cherries, it requires one cup of
new blood drawn from the goose whose neck you’ve just wrung
to put in the pot, and where in these days can I find
anything as fresh as that? I had lost track of my life
before, but nothing prepared me for the onslaught of
wayfarer’s bliss when she continued to list, one
by one, the impossible ingredients I needed to live.
We sat at the greasy table far into the night, while
snow fell on the locked doors of the church next door,
dedicated to St. Stanislas, which was rumored to be
beautiful inside, and contain the remains of his beloved head.

Email ThisBlogThis!Share to TwitterShare to FacebookShare to Pinterest
Labels: About That Ceasing Seething, Beloveds, Brazen Blogwhoring and Attention Sluttery, Dead Blegsylvania, Fuck Me, Mememe, MSADI5G, Music, My Complicity, My Inability to Shut the Fuck Up, Pere Ubu, Ruefle