Peculiar That *Swan* Should Mean a *Sound*? 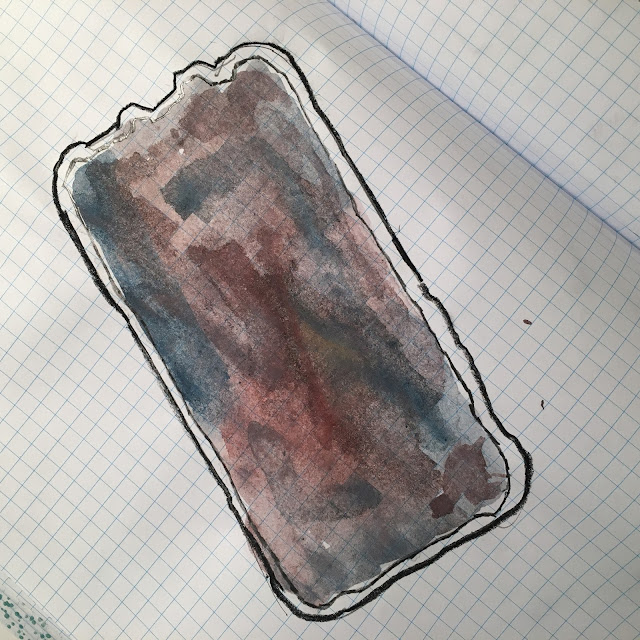 inside my head. I close my eyes.
The horses run. Vast are the skies,
and blue my passing thoughts’ surprise

First there, it proves to be still here.
Distant as seen, it comes then to be near.
I found it here and there unclear.

What if my hand had only been
extension of an outside reaching in
to work with common means to change me then?

All things are matter, yet these seem
caught in the impatience of a dream,
locked in the awkwardness they mean.

Peculiar that swan should mean a sound?
I’d thought of gods and power, and wounds.
But here in the curious quiet this one has settled down.

All day the barking dogs were kept at bay.
Better than dogs, a single swan, they say,
will keep all such malignant force away

and so preserve a calm, make pond a swelling lake—
sound through the silent grove a shattering spate
of resonances, jarring the mind awake.

Into one’s self come in again,
here as if ever now to once again begin
with beauty’s old, old problem never-ending—

Go, lovely rose ... So was that story told
in some extraordinary place then, once upon a time so old
it seems an echo now as it again unfolds.

I point to me to look out at the world.
I see the white, white petals of this rose unfold.
I know such beauty in the world grows cold.

“Come closer. Now there is nothing left
either inside or out to gainsay death,”
the skull that keeps its secrets saith.

The ways one went, the forms that were
empty as wind and yet they stirred
the heart to its passion, all is passed over.

Lighten the load. Close the eyes.
Let the mind loosen, the body die,
the bird fly off to the opening sky.

Such space it comes again to be,
a room of such vast possibility,
a depth so great, a way so free.

Life and its person, thinking to find
a company wherewith to keep the time
a peaceful passage, a constant rhyme,

stumble perforce, must lose their way,
know that they go too far to stay
stars in the sky, children at play.

Email ThisBlogThis!Share to TwitterShare to FacebookShare to Pinterest
Labels: Aargocalyptic, Be Kind Motherfuckers, Brazen Blogwhoring and Attention Sluttery, Dead Blegsylvania, Fuck Me, Mememe, MSADI5G, Music, My Complicity, My Inability to Shut the Fuck Up, Swans