Devoured by the Turtle Lodged in the Gut of the World

It's true I finished The Dick Gibson Show on the iPad early in the vacation, but I can't read anything since on the iPad because I hate reading on the iPad. It's not a moral stance - I wish I liked reading on the iPad, carry a library with me wherever I go. When we break a hike on a mountain so Earthgirl can paint, to be able to choose between novels and poets and aargh-filled non-fiction. I have Karamazov in paper, the house we're staying is wonderful - fridge, oven, stove, washer, dryer - but dark. Past sunset, can't read, the lights are few, the bulbs are weak. Beyond my attention-sluttery, why do you think there have been so many links for you while I'm on vacation? There's a hi-def TV here, there's nothing worth watching. For the first time in a week I thought about work. I woke up this morning thinking about work, what the foolish, shallow, vindictively prideful Bookkeeper has waiting for me when I get back. We're gonna hike today, but my knees ache. The poem I started yesterday on Dorr Mountain while Earthgirl painted, the first draft I liked, when read aloud minutes ago sucks - my head has one sense of rhythm, my mouth another, it's always been so. I made the mistake of yesterday reading, but not finishing, on the iPad, which I hated, Ben Lerner's The Hatred of Poetry. I, too, dislike it, to quote him citing Marianne Moore. Trochaic. Anapestic. Being reminded of my failure - it is my failure - to get Emily Dickinson. This fucking paragraph. Woke up Dark, Dark overdue. Discovered there's new Lambchop! ▲ so Blessed Serendipity! Lambchop is a featured band on my soundtrack of Dark. 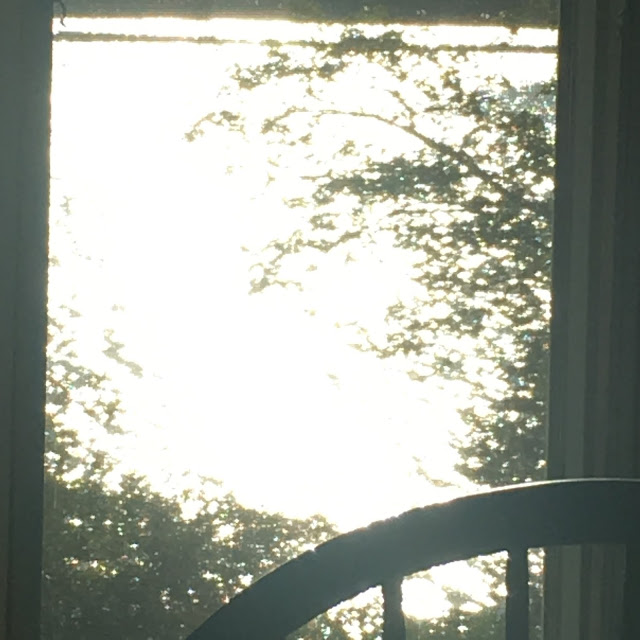 After I learned to read I became hermetic,
wrestling at six with names like Bumppo
And Nemo, who weren’t Marx Brothers—them
I knew first hand from the black cube of the RCA
My father installed in the corner. After I learned
to read, I sealed my cloven brain in crystal,
I moved on from pure orality, I no longer climbed
into the black limbs of the ancient cedar
To croak back the gossip of crows. While cotton gins
pounded in the distance and tractors groaned
All night in fields of the family desperation, pooling
light around their furious bodies to finish
Writing our story in the earth, I murdered Kipling,
I strangled the wonderful wizard, I ate Ishmael.
Who did I think I was to abandon singing
what the bees were thinking, how did I lose
My voice? When I failed to understand Brontë,
why did I mislay my daemon the Logos,
Why did my thoughts turn into bad dialogue
from pulp science fiction? Always before,
I would meet Heraclitus on the footbridge
in the forest, he would straighten my toga
And tell me how to memorize fire, how to become
an egret or an ant. But when I read Plato, Heraclitus
Vanished, and the wind stopped stoking my larynx,
I became a millstone rotated at a distance
By the power of the river, but never gazing into the water
where quicksilver minnows were being forever
Devoured by the turtle lodged in the gut of the world.